Training for a (Sprint) Triathlon

That One Time I Did a Sprint Triathlon

I completed my first sprint triathlon yesterday in 1:48:09 (that would be one hour, 48 minutes). I felt pretty good about that time, and it was nice a split between my target (<2:00) and my reach (1:30). Overall, I think the swim part was the easiest, probably because I was the most worried about it and put the most effort into getting ready for it. Swimming is also the first part of the triathlon, so I was still fresh and feeling energized. I felt really good on the transition to the bike, but had some issues with actual ride itself. I didn't have an outright mechanical failure, but after the race I noticed that my back tire was skewed relative to the frame. This caused the tire to rub up against the frame and no doubt cost me some time. I taped a Clif Shot Bloks to my bike, which was a good idea; I didn’t not have water, which was a bad idea.

The transition from bike to run was pretty easy. All I had to do was dump my bike and helmet and off I went. The first part of the run was Suuuuucky, with a capital “S”. My legs didn’t take the transition to well. I walked for a bit so I could reorganize my thoughts and energy then started running again, pacing behind another runner and just focusing on forward progress. The last 2K were much better than the previous three and I felt pretty strong for those.

If you look at those numbers and do some extrapolating, I don’t think it’s unreasonable to shave 10 to 15 minutes off my time for just biking with a properly aligned wheel (I was passed by practically everyone). I also need to work more on my running after biking transition (not the actual in-the-pit transition, but running after biking 12 miles).

Pictures will come soon (mom still has them on the camera).

I decided the other day that if I was really serious about this running business, I better get some dedicated running shoes. Previously, I had been using my trusty New Balance 993, a great cross training, high-mileage shoe that I actually have been and continue to use as my everyday shoe for the last several years.

It works great as my day-to-day shoe, but I find it lacking during my running1

After crowd sourcing some ideas, I decided to check out Road Runner Sports.

Road Runner has some cool technology toys that show how pressure is distributed along your feet and how you walk. If you’ve never been in to Road Runner before, the first thing they’ll have you do is measure your feet (my right foot is a 1/2 size larger than my left); then they’ll have you stand on the pressure pad to see your weight distribution and pressure points; finally, they’ll have you run on the treadmill. This allows them to figure out what shoe will fit you best.

I have flat, over-pronated feet, with a slight preference to my right side.

I tried on a couple different types of shoes, but eventually settled on the New Balance 1225 with RRS Road Runner Sport Control insoles and I love them!

They salesperson also showed me a new way to tie my shoes so my heel wouldn’t move up and down as much when I stepped:
From www.runnersworld.com:

Lace as normal until one eyelet remains on each side. Draw the lace straight up on the outside of the shoe and bring it through the last eyelet. This will create a loop. Repeat on the other side. Cross each lace over the tongue, thread it through the opposite loop, and tie. The loops help to cinch in the material around your ankle to prevent your heel from slipping without making the rest of your shoe any tighter.

(click the link and scroll down to see a video)

My feet don’t hurt as much and my knees and hips are doing much better. 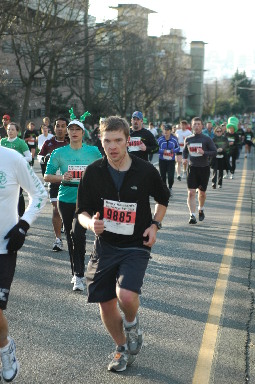 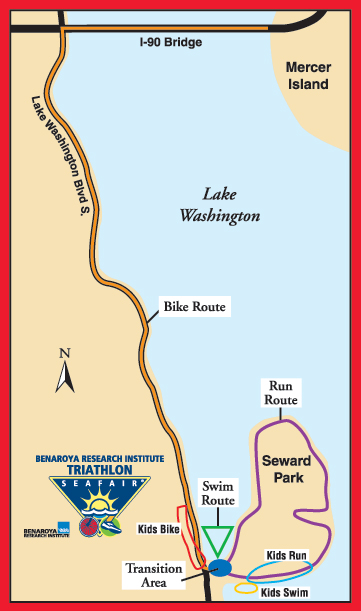