We (Gary, Ryan, Tom, Kate, Lizzy, and I) walked down to Red Square today.

The first order of business was to see the State Historical Museum. The lady at the ticket counter1 was nice enough to give us all student discounts, even though only half of us had ISIC2 cards.

The museum was more of what I’d call a Nature and History of the human race. It wasn’t super exciting, but still probably worth the price of admission. My favorite part was the later periods of Russian history, it was a very ornate period. The building in and of itself is quite remarkable as well. Each room has giant vaulted ceilings, often times with ornate frescoes.

We stopped by the Tomb of the Unknown Soldier3. Several newlywed couples came through to place flowers (and take photos). 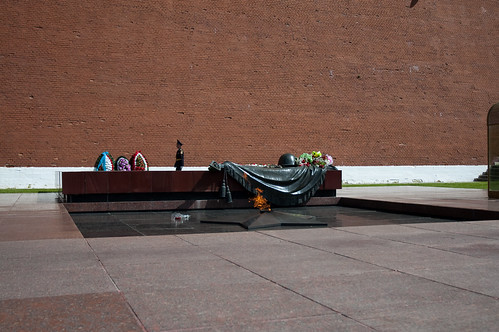 At one point, a flower girl tried to follow the couple in. The guard who let the couple in quickly ran over to her, picked her up, and placed her back outside the ropes. 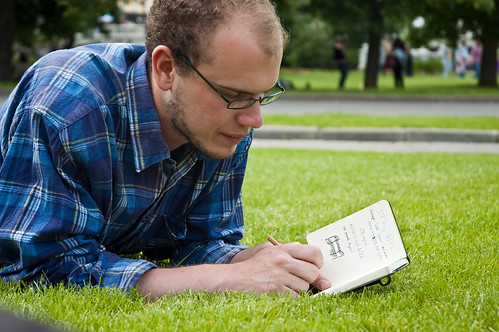 We found some lunch before splitting up for the afternoon. tom went to find a post office, Kate, Lizzy, and Gary went to St. Basil’s, and Ryan and I went to the Kremlin. I think I could have paid extra to bring my camera in, but I wasn’t in a mood to try and communicate that to the ticket lady. Thus, sadly, I don’t have any photos from the inside.

The Moscow Kremlin4 is really a fortified city center, and the site has been occupied continuously since 2 BC5.

The insides are a mix of military-looking barracks and chapels, accented by the Kremlin Gardens, Tsar Cannon6, and Tsar Bell7.

The chapels were the only thing open (as far as we could tell). They had been converted to display deceased (and possibly canonized) persons of importantance or more Russian history, making them akin to the State History Museum. At the entrance, they would also try to hawk trinkets to the tourists.

After the Kremlin, Ryan and I met back up with Kate, Lizzy, and Gary (Tom had gone back to the hostel). We decided to walk down to the Cathedral of Christ the Saviour. Unfortunately, the actual building was closed (it was after 5 by this point). Fortunately, the grounds were still open and I got some great pictures. 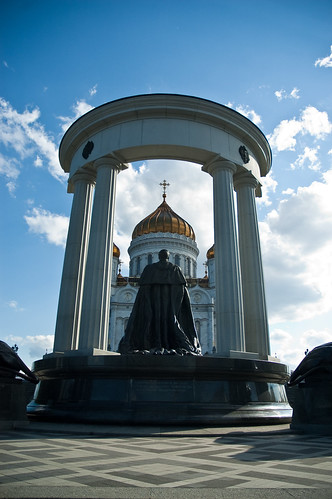 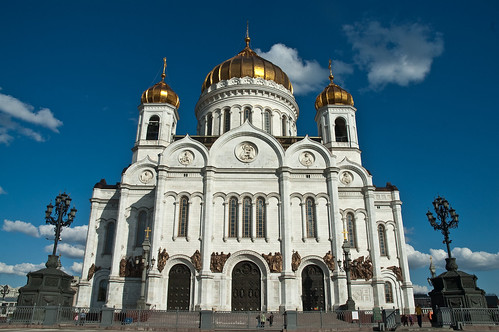 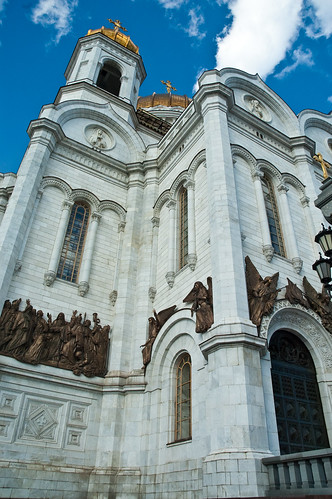 We all agreed that riding the train home would be a welcome respite for our feet. 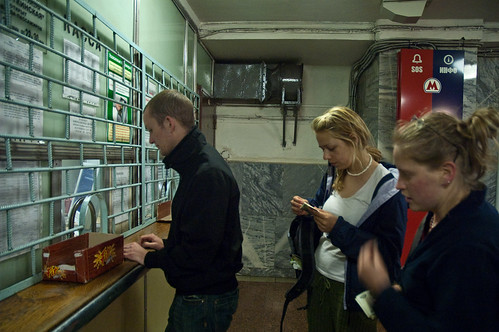 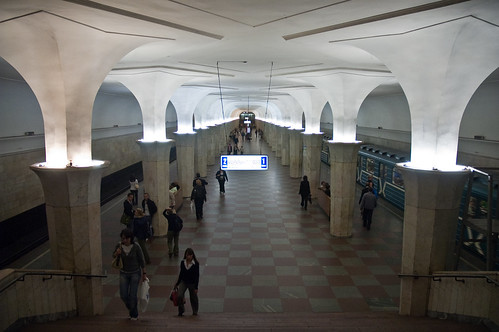 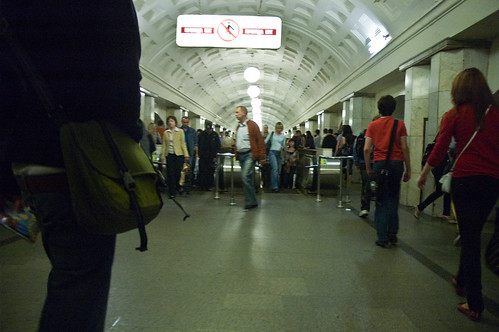 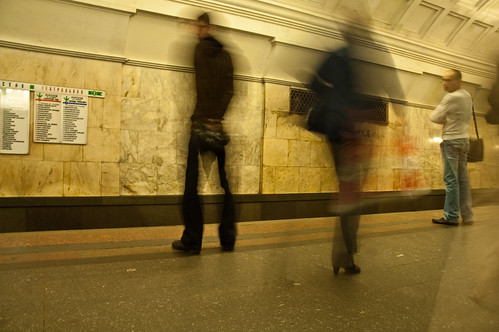 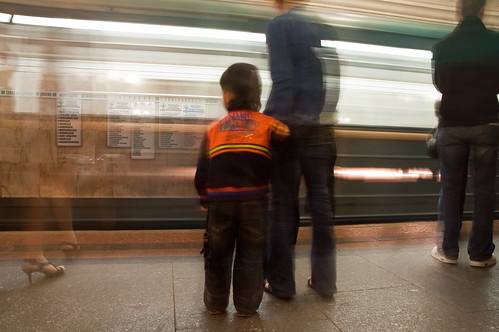 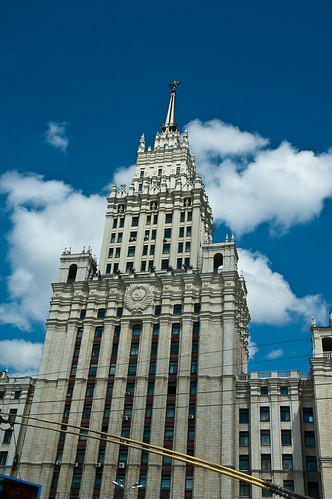 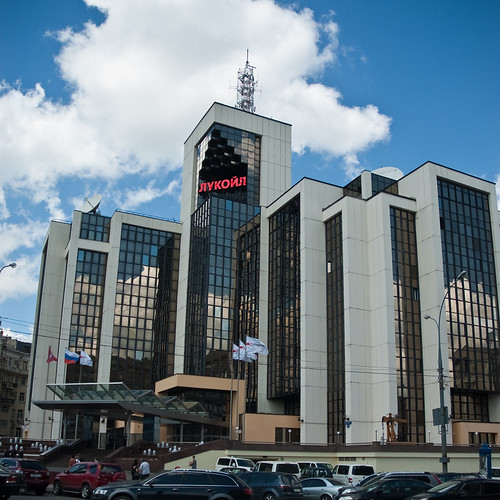 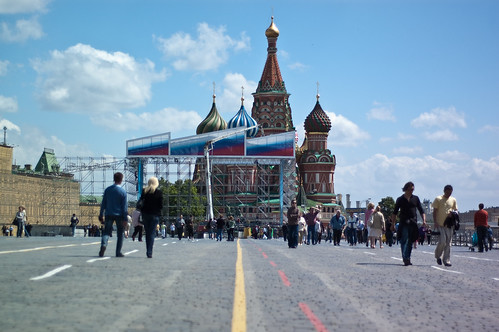 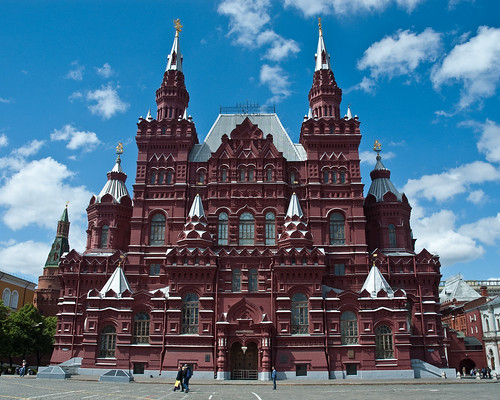 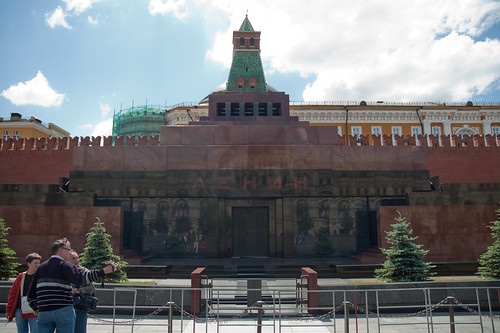 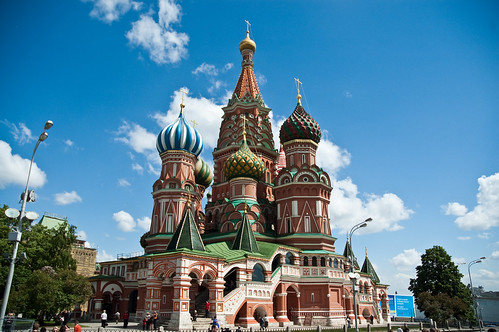 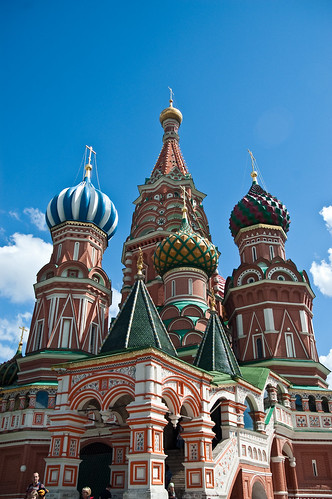 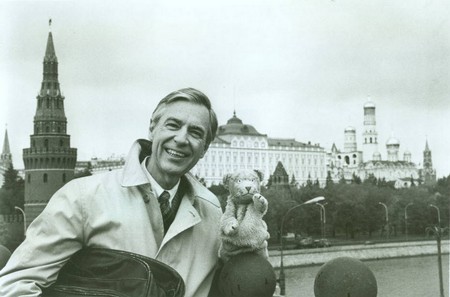 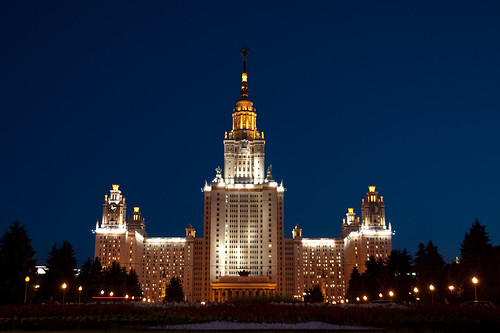 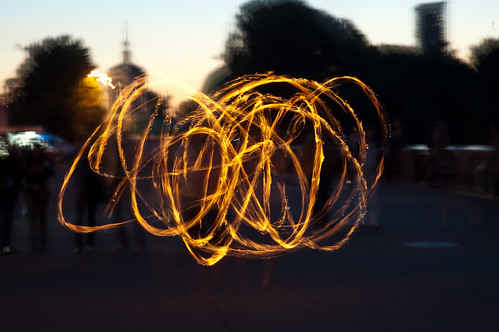 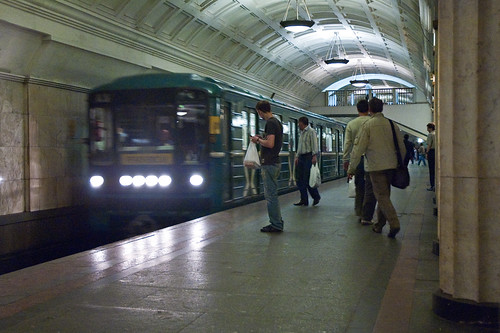