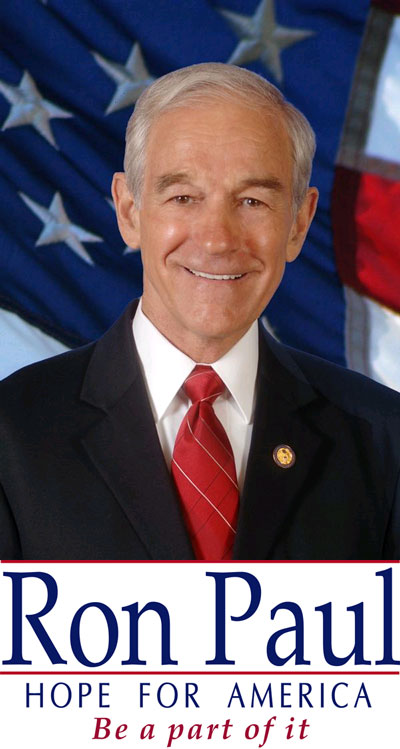 Who I Won’t Vote For

It’s not a real secret that I’d like Ron Paul to become president. However, I’m not an idiot and so while I hold out hope for my man, I also realize that he has a slim-to-none chance of winning.

Here is the current list of Presidential candidates I will not vote for:

Additionally, I’m waiving the “By attribution” requirement since Creative Commons doesn’t have a CC NC-SA license. Although if you’d like to attribute me, that would be nice as well.

You can either host the button on your site or feel free to hotlink to it using this code:

A little bit of history on the button. I created it because Ron Paul’s campaign site doesn’t have any buttons that I liked. So I designed one that I did like, using colors from the Ron Paul site. All the work was done in Photoshop and I still have the PSD if you really want it.

If I remember correctly, this 37Signals post was a big influence in my decision to make the button.

As a side note, I discovered that Robert Rodriquez also runs http://www.yourip.us/, which has immediately become by new favorite address for when I’m looking for my address. It’s fast, slick, well layed out, and some rather obscure, but potentially useful information.