The original plan was to take the bus to Selcuk and stay at the ANZ Guesthouse. The new plan, that Ali (from Mavi Guesthouse) gave me, was to go past Selcuk to Kusadasi. Ali (from Panorama Hotel, aka Ali II) would pick us up at the bus station.

The new plan didn’t really work though. We got kicked off the bus in Selcuk (because that’s were I said we were going…I probably should have said Kusadasi). We found a bus to take us to Kusadasi, however it dropped us off somewhere in town, not the hotel.

So we started walking. After asking a couple of people on the street, we finally found Panorama Hotel. Ali II wasn’t too pleased that we weren’t at the bus station as he had waited over an hour at the bus station. I explained our situation and everything seemed fine…more or less.

We grabbed lunch (as it was well past breakfast time at this point) and took a bus back towards Selcuk to visit Ephesus.

Getting to Ephesus is actually kind of interesting. It’s about three kilometers outside of Selcuk and there’s no bus (at least from Kusadasi) that goes all the way to Ephesus. Instead, you get dropped off on the side of the road and can either negotate with a taxi driver or walk the kilometer to the entrance. Being strapping young men with a budget, we opted for the latter.

Ephesus was pretty amazing, and it damn well should be considering we paid 20YTL1 each to get in. It was also one of those super touristy things to do, and, for me, falls into the category of going to the Hermitage: Sure, I’ll see it if someone is going…but I’m not really going to go out of my way.

Ephesus is currently being restored, which takes away greatly from the cool factor. There are some areas, though, that have either had their restoration work completed (at least for now), or have yet to be restored; these were the highlights, as everything elsed clashed unfavorably with the modern industrial equipment. 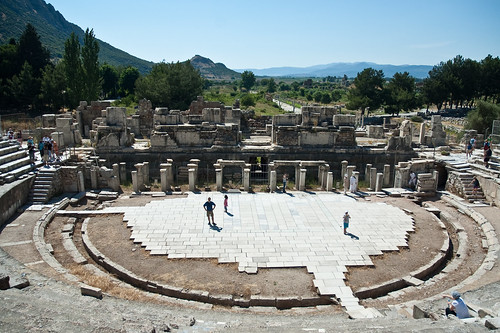 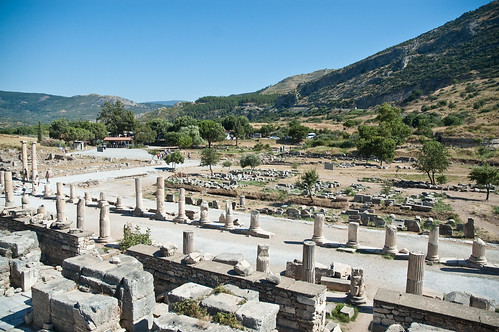 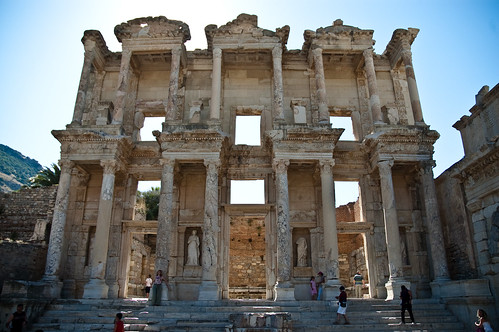 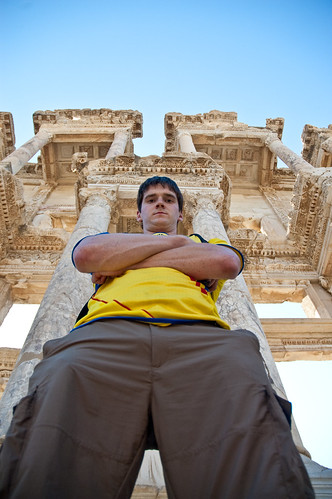 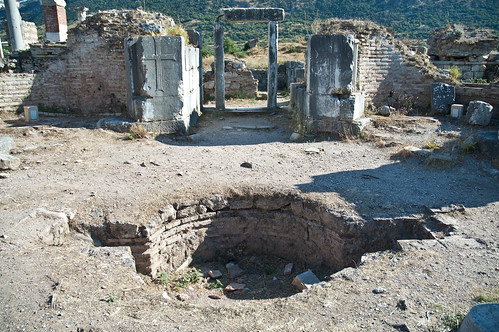 After a couple hours at Ephesus, we walked the kilometer back to the road and caught the bus back to Kusadasi. I was completly wiped out and went for a nap.

I woke up around 8 or 9 and when for a quick bite to eat with Charlie. I wrote some postcards, we walked the pier, and then it was off to bed for an early wake up call, again.