List of States by number of Professional Engineers per Capita

Colorado is 17th and Washington is 18th, furthering my theory that the two states are somehow linked to each other. 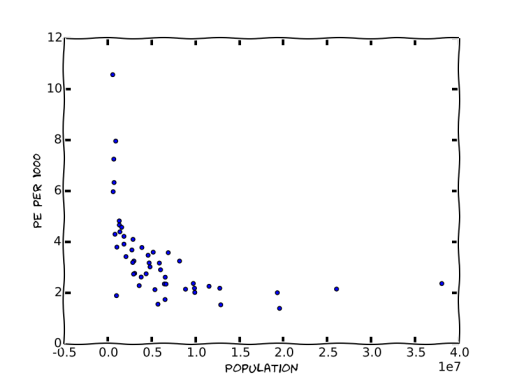 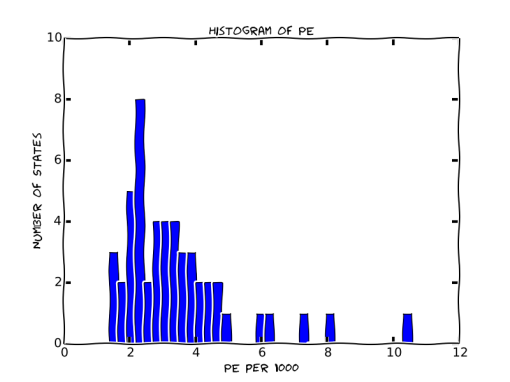 P.S. I successfully passed the Law & Ethics Exam part of the Washington State Professional Engineering licensing process. It’s interesting because it’s an open book exam with links to the applicable RCW and WAC, so really more of a class under the guise of an exam. 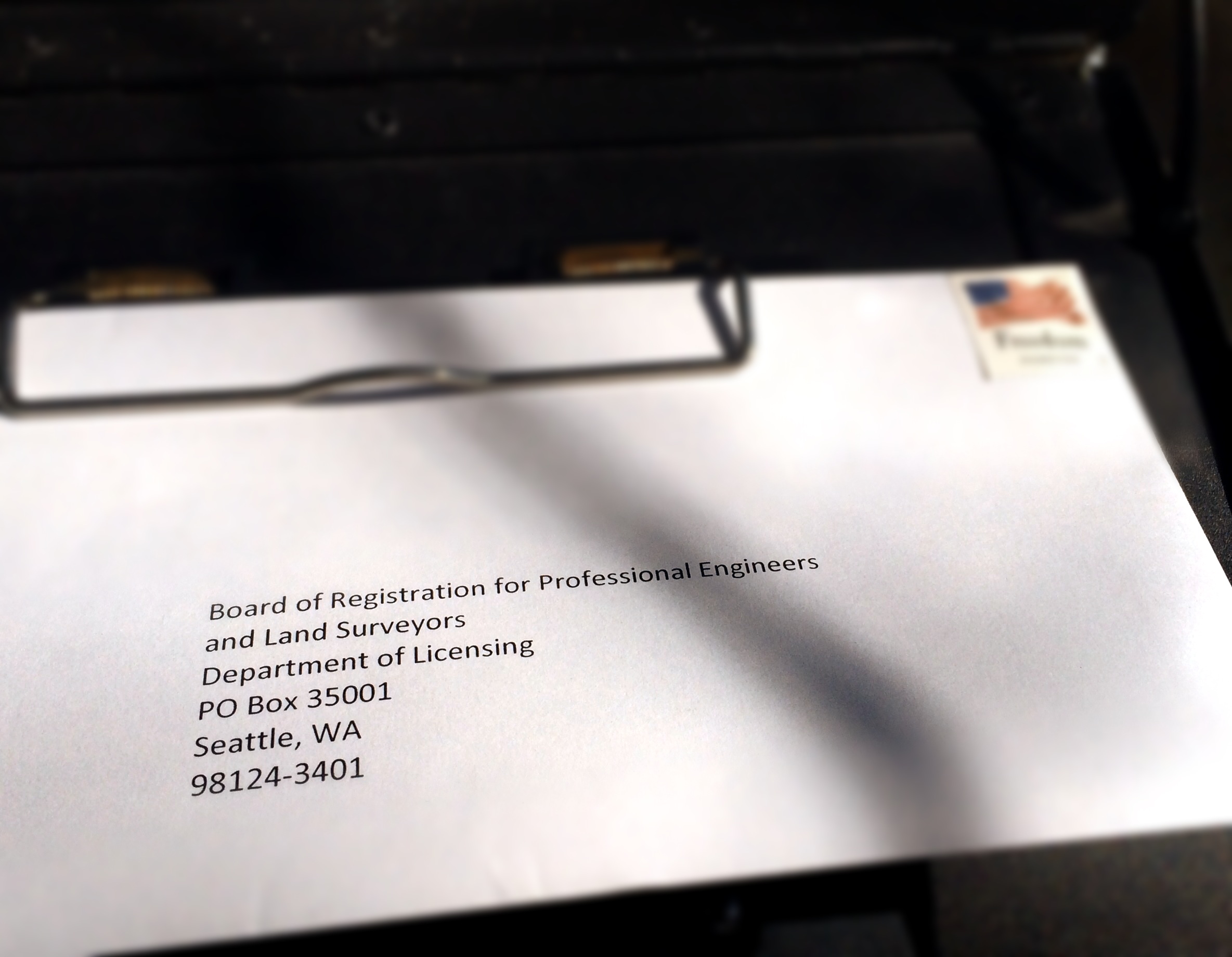 Applying For My Professional Engineering License

I got my results back from NCEES/ELSES:

Congratulations on achieving a passing score on the October 2008 exam and completing this important step in your professional career. NCEES policy prohibits the release of individual exam scores; thus results are reported only as pass or fail. Please review the enclosed information to determine how to proceed with the licensing process in your state. We wish you much success as you pursue your professional career goals.

Now I just have to figure out how to get registered in the State of Washington (since I passed the Colorado State Boards).

I’ve been getting a lot of support and questions about how I did on the exam. So I suppose that I should file a report on my FE/EIT exam experience, which I’ll reference just as the EIT herein.

I’ve been slowly preparing for this exam since the beginning of the semester. Most weeks, I went to a 2 hour EIT prep course offered by Mines. About a week and a half ago, I checked out one of those large test prep books from the library: Fundamentals of Engineering : The Most Effective FE/EIT Review : For the Morning & General Afternoon Tests. I mostly thumbed through the book in my free time, familiarizing myself with the exam format and types of questions that might be asked on the exam.

I went to bed early on Friday night and woke up early on Saturday morning – 4:30am. I stopped at Perkins on my way in and grabbed breakfast.

The exam was at the Colorado Convention Center. There were three of us getting extended testing time. This meant that instead of 8 hours of testing, I could theoritically be testing for 12 hours.

After about 30 minutes of instructions and bubbling, I finally got my first glimpse of the exam. The AM section had 120 problems each worth 0.5 points. Six hours of time to complete the AM section meant that I had to complete each question in three minutes on average. We were also supplied with an EIT Reference Handbook which was over 100 pages of all the equations we would need for this exam. I flipped through the first few pages of the exam and was pretty excited to see that I was familiar with just about everything.

Most questions were along the lines of:

It was just a matter of looking in my handy-dandy book and finding the equation, pluging the numbers in, and bubbling in A, B, C, or D. And that’s what I did for five hours in the morning.

I got an hour and half break for lunch before returning for the PM section. The PM section is a bit different because you get to pick the topic you want to take. For me, that meant either General or Electrical exam. After looking through both sections, I decided to take the General exam. This basically meant more of the same. The questions were a bit harder this time, which was reflected in the fact that we only had 60 questions, each worth a whole point.

Four hours later and I was done. Nine hours of total testing. I had been awake for almost 14 hours. I was mentally, emotionally, and physically drained of energy. It was the ultimate marathon for an engineer.

And despite the fact that I was completely worn out in every metric, I enjoyed the challenge. I enjoyed proving to myself that I could do it. I hope I don’t ever stop challenging myself – although I hope I continue to pick reasonable challenges.

I also want to thank all those who were praying for me. I don’t think I could have done it without you guys.