I’m not sure how I forgot to edit these photos. But I did, until Jeff asked about them. So enjoy! 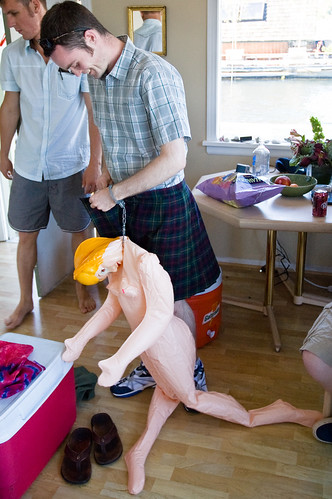 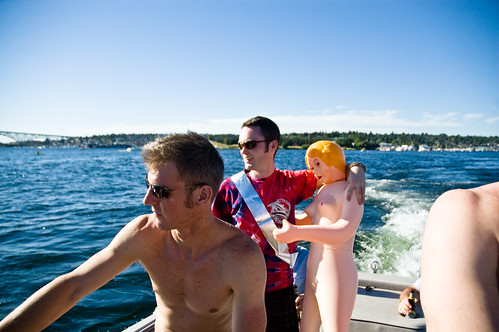 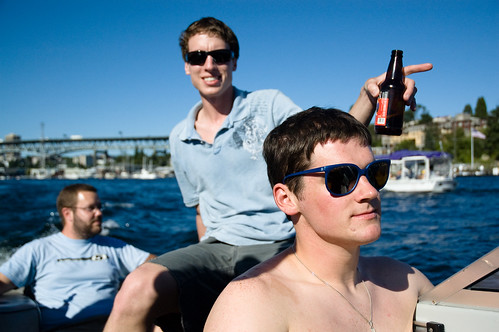 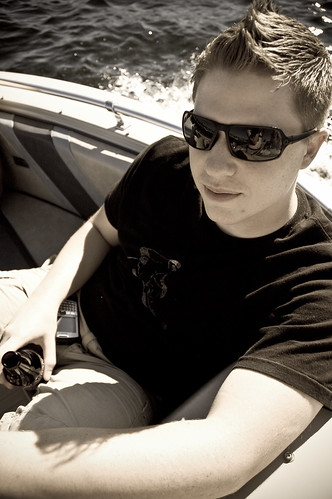 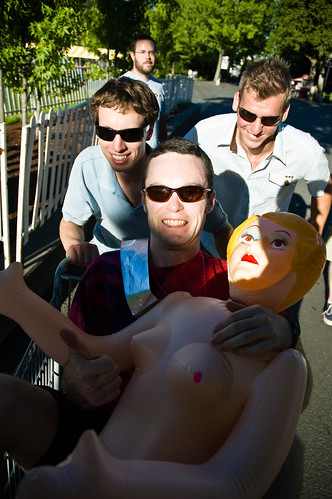 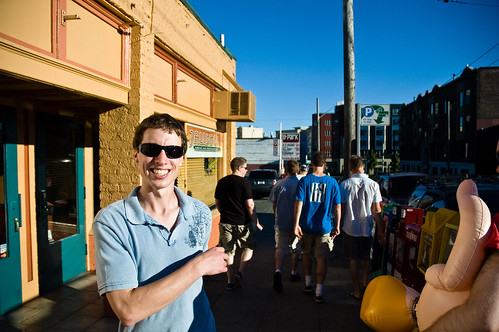 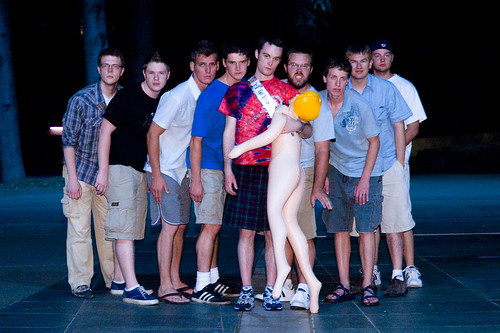 And as the saying goes1: see the rest at Flickr: Kelly’s Bachelor Part-ay!

I’m not sure where to start with this story. It is one that has been in the making for at least the last ten years1, some might argue even the last twenty-three. I’ll skip the boy-meets-girl, boy-falls-in-love-with-girl part and go straight to the boy-gets-married-to-girl part.

Saturday night was the first time one of Us got married. To think that ten years ago, we were sitting around playing video games; and then to think that a decade later, we would be here: celebrating the union of two wonderful people and loss of our friend Kelly2.

Kelly’s marriage raises the bar for all of Us and is yet another reminder that I’m growing up. I’ve spent a lot of time over the last few days pondering.

But enough of my doom-and-gloom thoughts. Kelly and Kristin’s wedding really was spectacular. It took place in the wonderful backyard of Kristin’s parents’ house in New Castle. The weather was pretty much unbeatable.

At one point during the reception, I caught a glace of orange out of the corner of my eye. I turned my head to see what it was: the plastic-like tablecloth the cake was on had caught fire.

I jumped up out of my seat and ran over to put it out. I got a round of applause and everyone at my table was relieved to find out that I was solving problems and not causing chaos. Staples thinks I should have snapped on my latex gloves3.

I think every bachelor party should start out with someone walking into a sex shop, only to have their phone ring, “Oh, hi Mom. How’s it going? Can I call you back later?” and then turn around and ask the shopkeeper, deadpan, “Where are the inflatable dolls?

That’s how this one started out, kind of; we were actually getting ready for the party. Ben was on the floor, practically rolling in agony from laughter. I’m not quite sure it was that funny.

In any event, Kelly’s bachelor party was on Saturday. It was a party of epic proportions that started out on Lake Union, moved to The Spaghetti Factory, then Buca Di Beppo’s, and finally back to the boat. The night ended with Kelly ralphing over the side of the boat: the first two times as a result of the Gentlemen Jack’s we were taking swigs of, the next three times due to “Peter’s fucking fettuccine.”

My computer is down, although I have a new one on the way. Unfortunately, photos will have to wait for my new computer to arrive, so check back in 3ish weeks.

Here are all the comments left on The Wall at Facebook. Mostly here for archival purposes:

Happy friggin Birthday man!!!
p.s. You are the statics man!

Kelly McConnell (Western Washington) wrote
at 12:16am February 1st, 2006
Happy Birthday Ferg! I hope that it is/has been a fun one

Hannah B (Whitworth) wrote
at 11:34pm January 31st, 2006
hey happy birthday! go play with the camera. and something electronic. 🙂
Read More »The Wall