I started writing this post with the idea that I’d meetup with Charlie in Turkey. We’d be in Turkey for about a week before going to Greece and then on to Italy before meeting up with Quinn in Switzerland on the 7th of July. Well, I got about half way through this post and realized: there’s no way we can do Turkey, Greece, and Italy in 14 days. I mean, we could, but we wouldn’t have any fun. I posted an update to my Twitter/Facebook page: “Andrew Ferguson is wondering about Turkey/Greece/Italy…I think I can only fit two of them in :-/ Thoughts?” Amazingly enough, I got 10 responses, two of which advocated Greece and Italy, five of which advocated Turkey and Greece, and two of which were rather admiment about Turkey. Since I’d already been to Italy before, I decided that Turkey and Greece would be two I would go to.

Then, I talked to Charlie today and he came up with this amazing plan that will not only allow us to see Turkey, Greece, and Italy, but it will also let Quinn spend a few days at the L’Abri.

As you’ll notice, the entire key to this plan is slipping the start of Switzerland back four days to July 11th. As it turns out, this works out quite nicely.

To recap: after Ukraine, I’ll be joining Charlie in Turkey, who will travel with me for the remainder of my (now our) trip. Greece and Italy is currently the topic of hot debate for us. Basically, we need to meet Quinn (who will be joining both of us in Switzerland) around the 7th 11th of July. Thus, Charlie and I need to get through Turkey, Greece, and Italy between the 22nd of June to the 7th 11th of July…15 19 days. For the purpose of this post, I’m going to assume that we’ll be fine traveling in Turkey. Instead, I’m going to focus on plans for the Greece and Italy portion.

We’ve gone through several ideas including literally all modes of transportation, including planes, trains, renting a car, renting a motorcycle, renting a moped, ferries, and buses.

As much fun I think it would be to rent a car and drive through Italy, it would probably be cost prohibitive for just two people. Here’s why:

$361.04 for a 5 day rental of a Ford Fiesta (Manual Transmission) with unlimited kilometers through Hertz with pickup in Bari, Italy and drop off in Milan, Italy

I tried looking for a place that would rent one-way motorcycles or mopeds, and I couldn’t find any. So that’s out too.

Charlie mentioned the Eurorail idea, so I looked at that. And I think it would actually be pretty feasible.

Initially, I looked at the Eurail Greece – Italy Pass, which costs $250/person for 5 days of travel in a 2 month period.

However, after looking at Charlie’s new itinerary, we decided that it would actually be more cost effective to purchase the Eurail Global 21 Day Pass for $589. It’s important to note that this is for 21 continuous days of travel, not 21 days of travel in 2 months. The idea is to use this for travel in Italy, Switzerland, Austria, Hungary, and Czech Republic. Poland isn’t part of the Eurail Global pass, so it actually works quite perfectly, especially considering we’ll be traveling about every other day…more or less.

One idea to get from Greece to Italy would be to take the Superfast Ferry from Igoumenitsa, Greece, departing daily at 23:59 to Bari, Italy, arriving at 08:30. 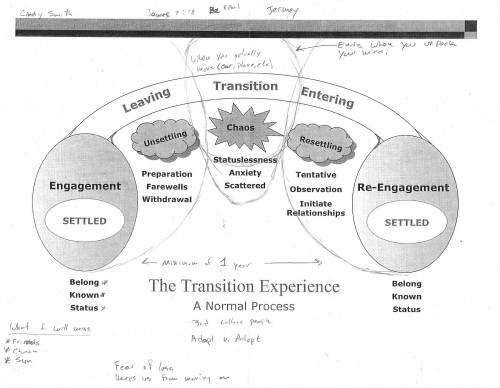 “A good traveler has no fixed plans, and is not intent on arriving.” – Lao Tzu

I’m thinking that maybe I should start making weekly updates on my summer plans. To follow up on last weeks report, I’ve prayed and thought long and hard about Messenger and Engineering Ministries International and I don’t think those would be good matches for me.

Messenger is really a community-based missions trip and I think me not returning to Colorado next year is not inline with that goal. eMi seems to be more of planning organization rather then a doing organization. I’ve been planning for the last five years, I’m ready to do.

I’ve talked to a couple friends I have in Switzerland (Remo and GÃ¼nther) and Germany (Philip). One thing that I’ve started to look into is using RyanAir and Eurail to travel. RyanAir would be nice and fast, but I think is ultimately unfeasible to use on a regular basis because they only fly into cities with airports. Once I get to a city, I’d need to find some mode of transportation if I wanted to explore anything more than walking distance.

Eurail could be the ticket, though. I could get the 21 country pass and travel to just about any city of a decent size. Sure, it would be slower, but the sheer number of cities available make it completely worthwhile. Besides, Europe is that big. $1039 buys me two months of travel. I’d also probably consider 15 days of travel in two months for $709. If I did get a Eurail pass, I would probably just visit a lot of cities, spending as many days I wanted in each city (sleeping at a hostel, presumably), and then catching the next train to where ever. To this end, I have a phone call with Jessica planned tonight to

But I haven’t given up on a mission trip yet! My search is progressing and I talked with Lance who suggested an organization called Serving in Ministry. It looks like SIM has some really interesting short term mission trips, including a photography/videographer position; I’ll definitely be checking them out some more.

Flatiron’s Community Church may also be planning on sending a college group to Afghanistan over the summer. I emailed Ron, the Director of Missions at FCC to see what the deal on that will be.

I did finally call the Department of State today to see if there were any special travel restrictions that I needed to observe. They didn’t seem to have a list, so I’ll probably just keep an eye on the Entry/Exit requirements for countries I intend to visit. (Side rant: Why doesn’t travel.state.gov work with Google Chrome?)