Just after 10pm on Monday, I attempted to migrate my calendar from Google Calendar to Fastmail Calendar1.

I did this by exporting my existing calendar from Google (per https://support.google.com/calendar/answer/37111?hl=en) and then re-importing it back into Fastmail using Apple’s Calendar App. During this re-importing process, it appears that the Fastmail system regenerated the event requests and emailed all the participants of the events; although I initially suspected Apple’s Calendar app.

My wife, who was sitting next to me, was the first to let me know something was awry when she received over 400 emails from me.

After aborting last nights attempt, I tried again to import the data again Tuesday morning by using FastMail’s “Subscribe to a public calendar” feature (https://www.fastmail.fm/help/calendar/publiccalendar.html), which should not have resulted in emails being sent but still did. 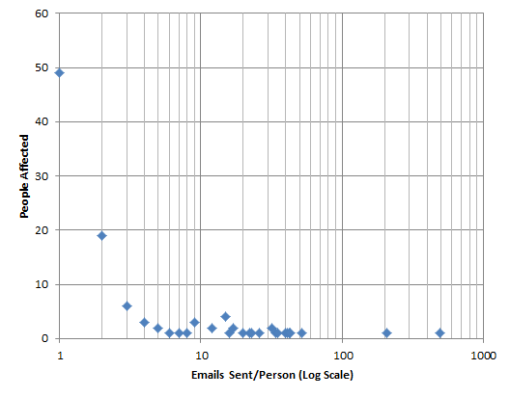 Unfortunately, emails were also sent to people even when I was not the original organizer of the event. This accounted for over half the emails that were sent.

I have opened a ticket with Fastmail (Calendar import emailing participants (Ticket Id: 479473)). Fastmail has been prompt and the issue is, in theory, resolved. However, in the future I plan on scrubbing the calendar file of email address to prevent this issue from occurring again.

For those curious, here’s how I extracted2 the number of those affected from the ICS file: