Wow, what an amazing musical. I would describe Avenue Q as Sesame Street rated R. And I think that’s a pretty accurate statement. The puppets are all designed by Rick Lyon, who has over 25 years of experience and used to work with the late Jim Henson. There are also several interludes which are highly comical…trust me.

In short, Avenue Q is what you get when people who watched Sesame Street as a kid grow up and are allowed to produce musicals; which is not a bad thing, mind you, it’s a great thing.

Having said how great it is, though, I must remind you that it is a rated “R” show. And despite the fact that show is about puppets, the kiddies should not be in attendance. Really.

But you should go and see it and I highly recommend it.

I’m about a week late in blogging this, but such is the case when more important things arise. In any event, Obama was at the Colorado School of Mines last Tuesday. I managed to get four hours of sleep before I arose at the crack of 6am. I was on campus just before 7 and then proceeded to wait another hour and a half before we (the working press) were able to get in.

Kind of ridiculous if you ask me.

We finally did get in. I got setup and the waiting started. Several times, people would stand up and share some reason why they were going to vote for Obama and everyone would cheer and applaud. A woman, who I was told was part of the Avenue Q cast, also sang a beautiful rendition of the Star Spangled Banner.

The program finally got underway: 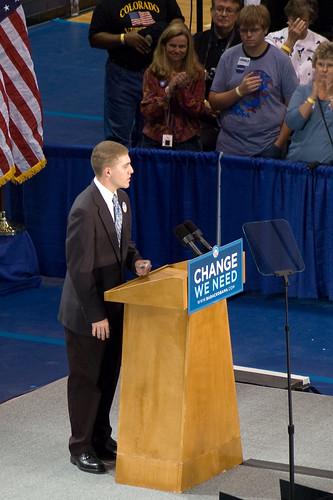 Kyle Caskey, president of the CSM Young Democrats, lead the audience in the Pledge of Allegiance. 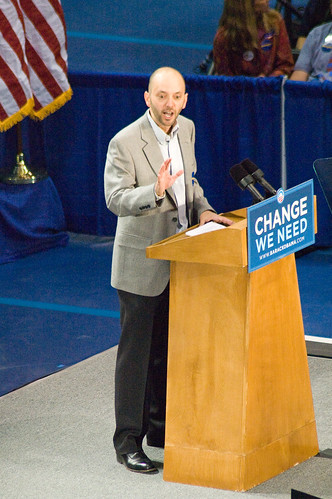 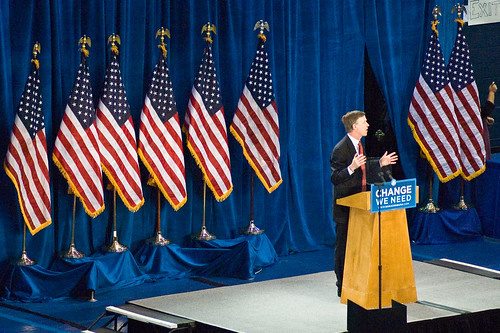 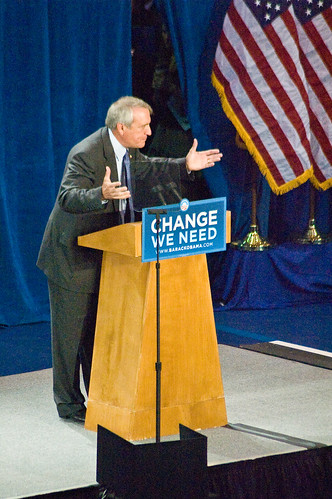 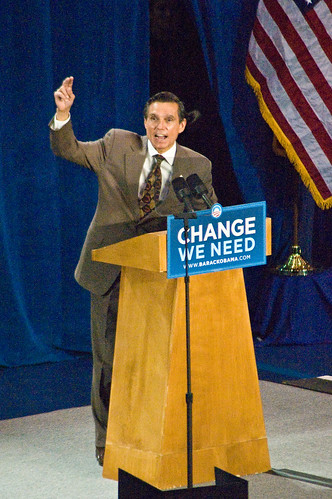 Finally, the program got started: 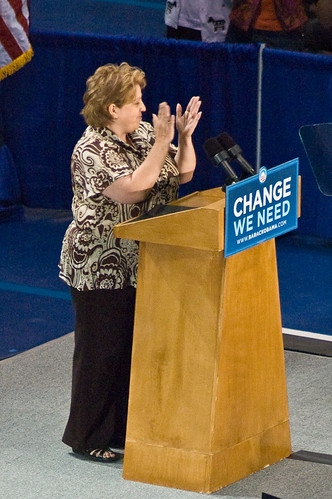 Peggy Roach, a local woman from Lakewood, has the pleasure of sharing her story and then introducing Senator Obama. 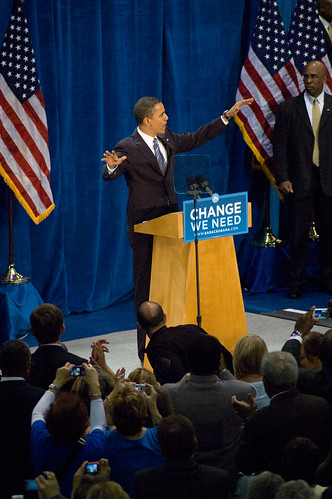 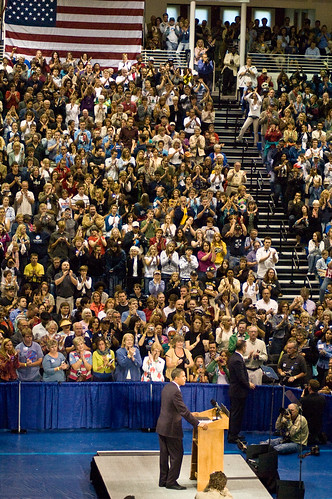 Don’t forget, there are always more pictures (and video) over at Flickr: Barack Obama at the Colorado School of Mines

Best guess is around 2300 spectators in attendence. Not terrible traffic. I had two classes canceled because of Obama and two more canceled because a professor missed his connection at JFK. Surprisingly, there were very few protesters.