What Is Really, Truly Good

Jesse sent me this video and I just got a chance to look at it. It’s such a great message:

Note: you may need to click through if you can’t see the video above.

The video was created by Jonathan Collins, the same creative genius behind the Advent Conspiracy video I love so much1.

I love little reminders, like this video, because I’ll never grow old of needing to be reminded “how God calls people into his Church, how God transforms people in His Church, and how He asks them to respond;” and that pesky little “selfish belief that life is about us.”2

Sometimes I just need a smack in face, other times a simple creative reminder works just as well.

I can’t believe it’s only 13 days until Christmas. I’ve turned on the snow on this site, apropos considering the temperatures we’ve been experiencing this week. I’ve also been working on my Christmas list. Honestly, I don’t feel there’s a lot I need right now. I’m enjoying not having “stuff” around and I’m trying to keep more stuff from coming in. Things I do appreciate include1:

This is not to dissuade you entirely from gifting me something, just to make you stop and think.

The Advent Conspiracy also has an updated video, which I’d encourage you to watch especially as it’s what I’ll be doing in Haiti (a bit) and this time of year in general: 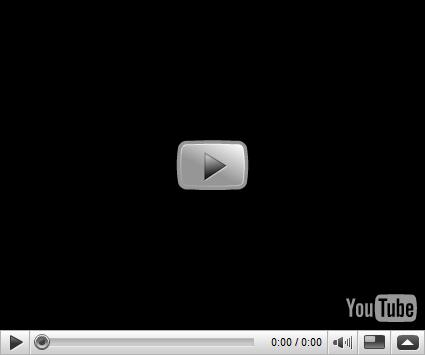 In the meantime, I’ve been enjoying going to some Christmas parties and have several more to go to in the coming weeks. Compared with what I’d normally be doing this time of year (finals and driving home for Christmas), I’m grateful to be where I am and to be doing what I’m doing. And the New Years eve party (LEGO’s! What a grand idea!) should be fun too. I also get the 24th through the 1st off from work (paid!).

For several months now, shortly after I saw The Advent Conspiracy, I have wanted to be involved in humanitarian/missionary projects to bring clean water to places that don’t have it.

Last semester (Spring 2009), I was part of a group at Merge (Flatirons Community Church) that was looking for opportunities for college-aged people to be more active in mission work. It was at that point that I started developing more passion for using my engineering skills to serve other people, specially with regard to getting access clean water.

A specific idea I had was doing what I’ll call “emerging technology transfer.” The idea is that we would take some form technology and extract the emerging technologies out of it to be put to use in different ways. For example, technology in a Toyota Prius, could be used to design a wind turbine where the blades would be made using the same composite technology1, which would connect to a generator that is based on the regenerative braking system. The same motor-generator system would also be used to power the water pump. Excess energy would be stored for later use in NiMH batteries ius. And for the cloudy days, the efficient gas-engine could be used. There are other issues, such as: will they be able to maintain this equipment? So I digress.

Convergence, the Young Adult Ministry at University Presbyterian Church, is going on a mission trip to Haiti in January to “come alongside UPC ministry partners Bruce and Deb Robinson as they serve the Haitian people through various community development initiatives, mainly through flood control projects.”2

We will be doing a variety of work, ranging from irrigation projects, rebuilding structures damaged during hurricane season, and more. We will primarily work on construction projects. If you have specific professional skills, we will inquire to see if they might be useful to the community. In addition, you will get to see how God has been working through the Robinsons during their time in Haiti.

As it turns out, I do have specific skills that could probably be useful. I have a passion for the project, I can get the time off, and I can mostly afford the trip (if I decide to go, I may ask for some fund raising help). I’ve also never been to Haiti before, which would sort of tack on a bonus country to my Travel the World goal.

But there’s still that hint of reservation…is this what I should be doing?