It’s been just about a year since I last updated the theme for this site, but I finally have a new design.

There are several reasons for the redesign, primary motivated by my desire to take advantage of some of the new features in WordPress 2.7: Paged comments and Threaded comments.

I also wanted to simplify the design layout of the site. This theme is what I found: Internet Music by Smashing WordPress Themes.

I modified it a bit to make it wider (I wanted more room for text) and to make it fit my style better.

I like that it’s not as visually cluttered as the previous theme, but it still manages to maintain essence of me (orange color and view of Seattle, for example).

I also took the time to update many of the pages I have. Pages are different from posts in that they live outside of the chronology of the blog. I uses pages for content that is subject to much change or is updated often. Some of the pages I moved to posts (the old links will automatically forward) and a couple pages I deleted.

I’m still tweaking the design a bit, but I think it’s pretty much there. Let me know what you think!

Small administrative note: Effective immediately, email updates to comments will be sent from do_not_replay#andrewferguson#net (replace with # with the appropriate symbols). Thus, please do not reply directly to such emails via email. If you wish to comment, follow the link and comment on the website.

Enjoy some of the goodness and get a random AFdN post. 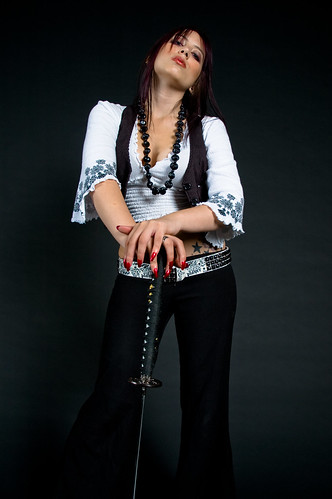 Protected: The Good, The Bad, and The Texan

I wanted to release this earlier, but between finals, being sick, and field session, I haven’t had a lot of time. This version of Countdown Timer (almost) updates the UI to 2.5 look and feel. As it turns out, there’s actually some function calls I can use to better create the UI and I’ll be using those in the future. There’s a couple of bug updates and added some new functionality.

That’s the synopsis from Google Reader. If you’d like to see what I share (i.e. what I find interesting), you can read my Link Blog:
Andrew Ferguson’s Link Blog.

It’s a good way to see what I know and find out what I’m interested. Especially since I really hate to create echo chambers. I really try not to post links to things here unless I have something substantial to add.

At some point (and depending on if I get any requests and how many), I may integrate the AFdN feed and my link blog feed together.

After dilly dallying around for a couple months, I finally got serious about pushing the 2.1 version out the door. A couple of reasons for this actually.

First, the WordPress 2.5 is coming out end of March/beginning of April and I wanted to get out one more release (this one) before the next version of WordPress hits the streets.

Second, it’s fits with my development flow; releasing every few months when I can.

Here are the list of updates in Countdown Timer v2.1.1:

All the other changes are ‘under the hood’ and deal with code changes to make things work better in a larger variety of situations.

The Countdown Timer plugin is about three months shy of its third anniversary of public release! I’ve basically been maintaining it since the end of freshman year in college, which is when I switched to WordPress.

The first public version was v0.6. It had about 50 lines of code and used a text file to store the data. There was also no UI at all.

Version 2.1 is about 950 lines of code. Storing data in a text file is gone, instead using the WPDB. There are also several support files, including the javascript port of the countdown mechanism which is another 150 LoC.

Since the beginning of last March, there have been over 8700 downloads, which would almost pay for a semester of college if everyone gave a $1 (wink wink)!

Update: There was a bug in the initial 2.0 version that required the plugin to have PHP5 or greater. This has now been fixed and it works with PHP4 and PHP5. Thanks to Jim Lynch for bug report.

Well, I finally managed to push Countdown Timer v2.0 out the door. It’s a bit later then I wanted, but it’s out and that’s all that matters for now. The biggest update for v2.0 is the ability to have the time automatically update using some Javascript. The idea for this has actually been around for a while and credit for it goes to Tobias (see: Ultimate Countdown Timer; 1-Up’d by a 14 Year Old). I was hoping I could use a lot of Tobias’ code, however I had changed a lot between then and now.

During the development phase, I wrote some code that basically took a look at what value the timer was at and then subtracted one second from that. Unfortunately, it quickly became clear that this method would not work. Because there are a variety of options in what units of time are displayed, screen scraping and then recalculating would have been pretty cumbersome. It also meant that I had two ways of calculating the time (the first way was the PHP-based fuzzyDate function I wrote, the second would have been this monstrosity). So I did what any code programmer does and copied myself. I converted the PHP-based fuzzyDate function into Javascript and then passed the needed values to the JS function. Voila!

In any event, here’s the changelog:

It’s been many moons since I released the last technical preview of Countdown Timer 2.0. Honestly, things were stalled for a bit because I was busy with school and trying to figure out how I wanted to do what I wanted to do with the program.

The semester is over and I got it all figured out. So welcome to Countdown Timer version 1.97, better known as version 2.0 technical preview 2.

The Javascript that handles the updating of the countdown has been completely rewritten. I ended up scrapping what I had and then taking the PHP code I was already using and converted it to Javascript. This is the “elegant solution” I mentioned I was looking for earlier.

In terms of stability, everything seems fine; I am currently using this Technical Preview on AFdN. There are a couple known bugs that deal with stripping non significant digits and I haven’t fully tested the upgrade process. Other then that, everything is complete. I’m hoping to have 2.0 shipped before the New Year.

A real update this time! Version 0.5 of Force User Field Registration finally includes that back end I’ve been promising to put in. This should make it pretty easy to use now. I also updated some of the code to take advantage of some already established WordPress functions.