After missing MVP Gold by about 2000 miles last year, I started 2013 back at square one: 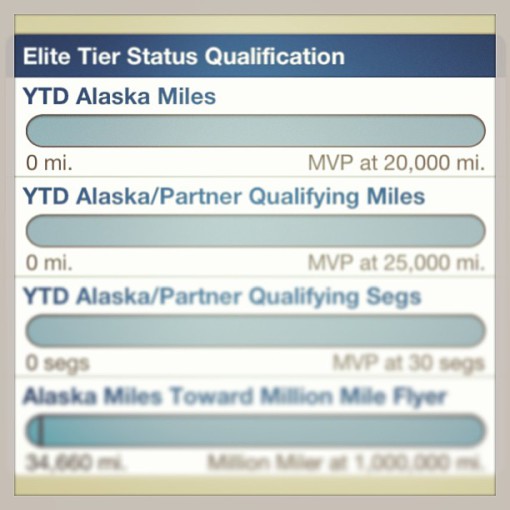 I started climbing back up the points ladder again, hitting up two new states: Pennsylvania and Missouri, as well as one new country: Honduras!

One or more nights were spent in each place. Those cities marked with an asterisk (*) were visÂ­ited mulÂ­tiÂ­ple times on non-conÂ­secÂ­uÂ­tive days. Roughly in order of apÂ­pearÂ­ance.

Unfortunately, while I was able to secure Alaska MVP for another year, I still fell short of MVP Gold by 6,991 miles: 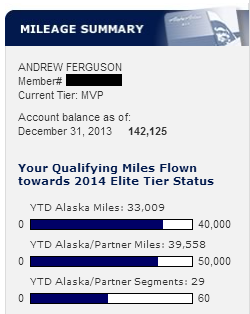