I think I would categorize this under “Creative Commons Success Stories.”

I was contacted a few months ago by publication company, Alter Communications, inquiring if they could use some of my photos in an upcoming issue of BOSS magazine, a quarterly publication for Dixon Valve & Coupling Company. This was during my Europe trip and I happened to be in Turkey at the time; but I was able to work everything out over email with Kim, the senior graphic designer, in just a few hours – which I think is quite amazing. All I really wanted was a byline credit and some copies of the magazine when it came out, and Kim was happy to provide both.

Fast forward to about a week ago, a flat package arrived for me at home. Inside were a couple copies of BOSS magazine, with a personal note (hand written, none the less) thanking me for the use of my pictures. I was pretty stoked. You can see the online version here: BOSS Magazine Fall 2009, or swing by my place if you want to see the hard copy. 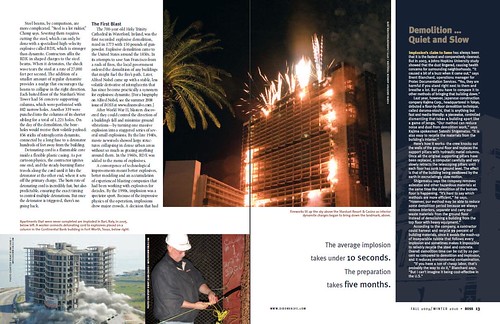 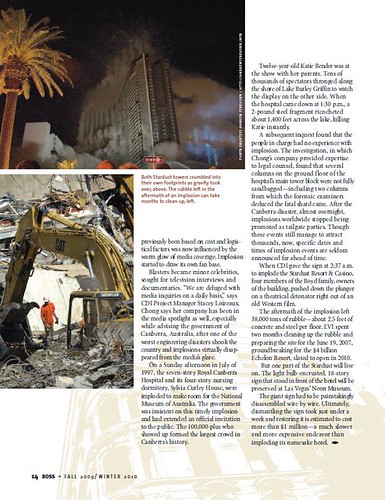 As a side note, these were the still in the days1 I was shooting JPG2. To be honest, the photos weren’t that good, at least in my opinion. Had they been RAW, I would have been able to do quite a bit to pretty them up. But hey, if it works: it works!

Here are the original pictures: Fireworks moments before colapse and The Stardust collapsing.