I got a call today from my friend Dave back in the States, “Hey Ferg, it’s Dave…um…give me a call when you get this…um, it’s pretty important. Talk to you later.”

A rather cryptic message. I called Dave back. I asked what’s up. And that’s when he told me that Derk had died in a kayaking accident.

And for some reason, I’m more ratteled than I would have expected. Maybe it’s because I’m off in a far-away land, and feeling somewhat vulnerable myself…especially now. Maybe because I had a relationship with him. We weren’t best of friends or anything, I had a few classes with him and would see him around campus. If I saw him at the Student Center eating lunch, I’d sometimes go over and eat with him.

I mostly knew him through Dave, since he and Dave kayaked (and I didn’t).

For some reason, I saw him more this laster semester. We talked a lot about my Senior Design project. Derk had even offered to let our team use the CSM Kayaking Clubs’ pool time to test our project out. Unfortunately we never go to that phase. I think Derk wanted to see it actually work (me too, for that matter).

We had our fun, and he was a good friend…no matter the amount of crap I gave him – which, for the record, was quite a bit.

So yea, sad day…Derk, I’m glad to have known you. You will be missed by me and lots of other people. Alot. 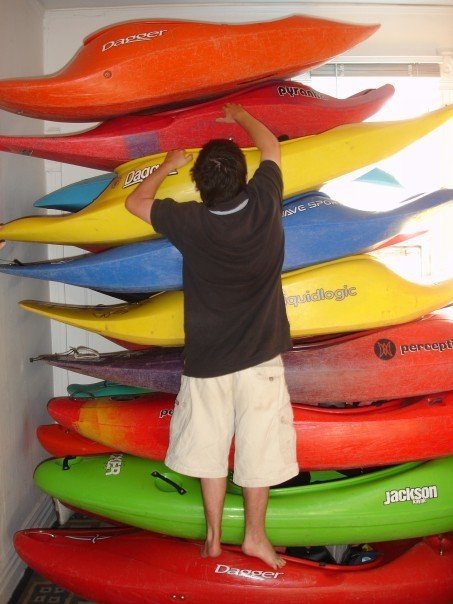 One of the interesting things about traveling and technology is how it allows one to remain connected, even when separated by vast distances.

Right now, it would take me at least 24 hours to get back to my house in Seattle. However, I can see my parents face within a mater of milliseconds using Skype.

And while it has been nice to escape most of technology, I still find myself keeping a pulse on the world as I travel. I do this through a variety of methods that ensure my signal to noise ratio is very low1 email, Facebook, Twitter, my blog, and even voicemail (using Google Voice).

This incident, despite the overwhelming sadness, just goes to show how pervasive technology is in our life and how it connects people around the world, literally in this case. Technology is amazing and I am grateful that I live in a world where this is possible and in a society where I’ve had the opportunity.