And, I’ve been waiting such a long time for Saturday

– Saturday in the Park by Chicago

We arrived in Bari, fresh off the boat from Greece. We made our way off the boat and managed to figure out how to get a bus to the train station. The plan was to catch a train to Naples and spend the day there.

Unfortunately, the train to Naples only runs in the mornings on Sunday. So we did the next best thing (after eating lunch) and grabbed our first of bite of many, many bites of gelato. 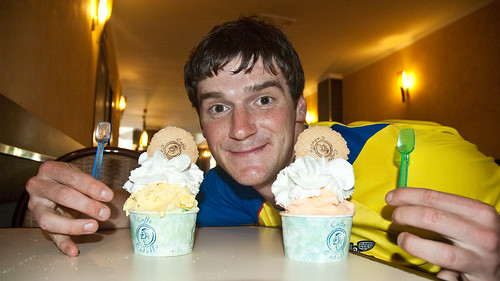 We decided the best bet would be to hop a train to Rome, which was our next stop, and just just get there a day early. 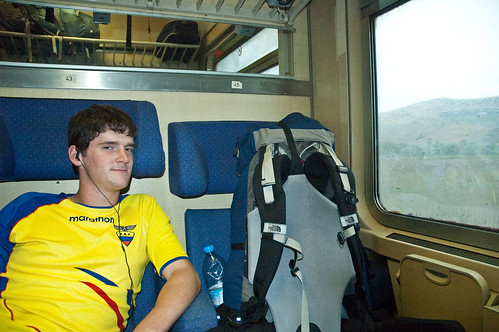 We got to Rome, off the train, and, with some fumbling, found our hostel, Legends Hostel. Now, here is where the fun part starts. We had a reservation for three days, starting the next night. That left us with no reservation for this night (we were supposed to be in Naples, remember). It’s 11:30pm; I explained our situation to the receptionist lady, who was really helpful. There were two beds left and they could be all ours if…she looks at the screen showing closed-circuit security cameras…if the two people coming up the stairs aren’t the people who’s mom called in to hold the last two beds; the last two beds that could have been ours.

I plead with her to let us stay; anywhere; a rollout, a couch, anything. She offers the kitchen floor. We’ll take it.

And that’s how we spent our first night in Italy.

At least it was free.