With the assistance of last nights mid-voyage Internet connection, we were able to find what we thought would be a good chance at a bed. Unfortunately, we couldn’t actually book anything. After talking to Mom and Dad on Skype and explaining the 14 second audio delay because of the satellite connection I was using, we made out way to the hostel.

The downside of arriving anywhere past midnight is that there is no guarantee of a working metro system. Many places shut down their metros at midnight and also reduce bus service. Athens is one of those cities. We ended up sharing a cab with the American couple, since they were staying at a hotel near us. We paid €5/each and were on our way.

Whatever, we took it and went to bed.

Exploring Athens in 4 hours was pretty exiting. We had three goals: National Archaeological Museum of Athens, Parthenon, and catching our boat in Patros1.

The National Archaeological Museum of Athens is quite amazing 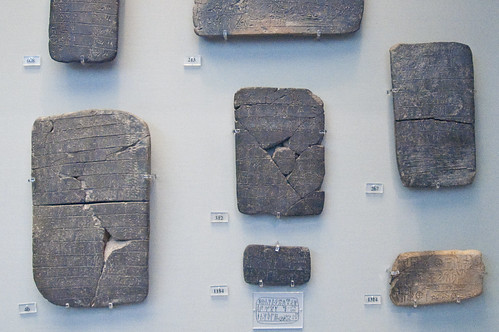 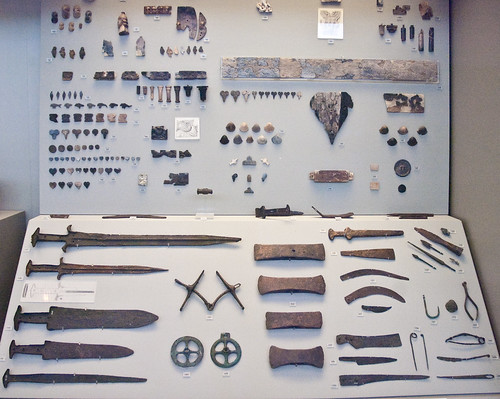 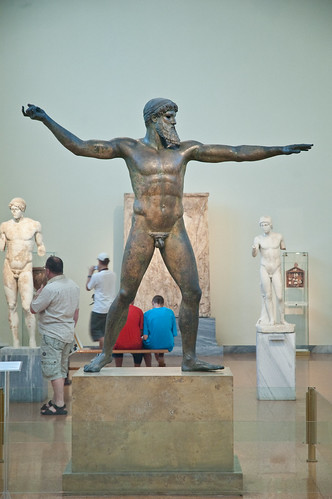 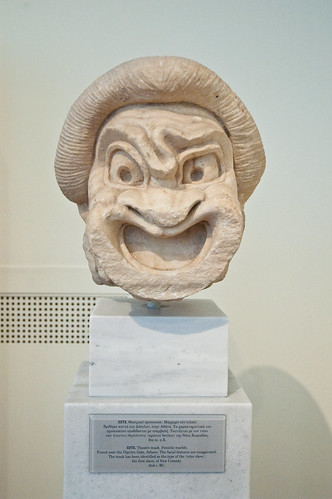 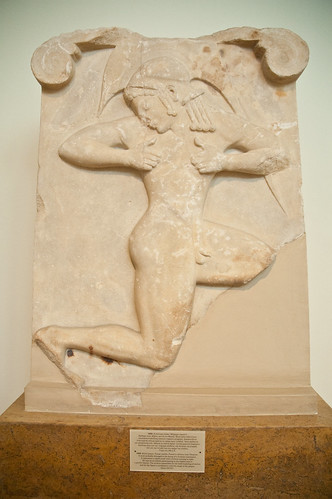 …and yes, that’s a guy giving himself a tittie twister2.

We grabbed a quite bit to eat before racing off to find the Parthenon. As we started to climb the steps leading to the Parthenon, the clouds began to roll in. Although I think it made for rather excellent lighting in the end… 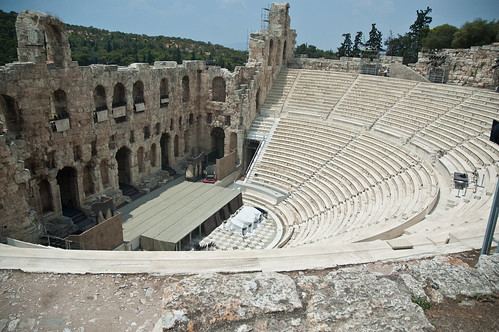 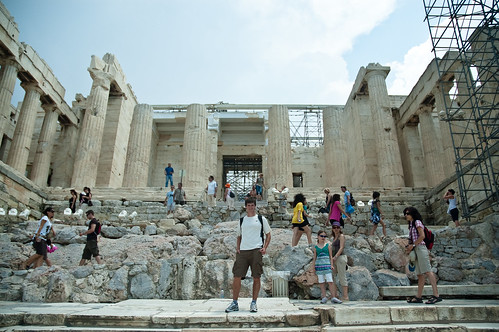 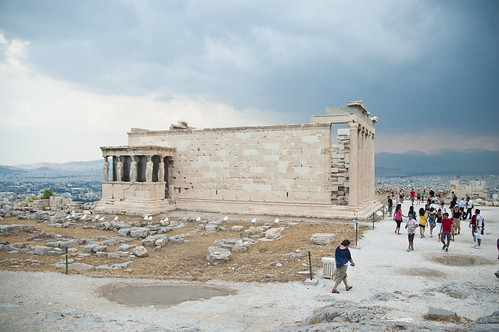 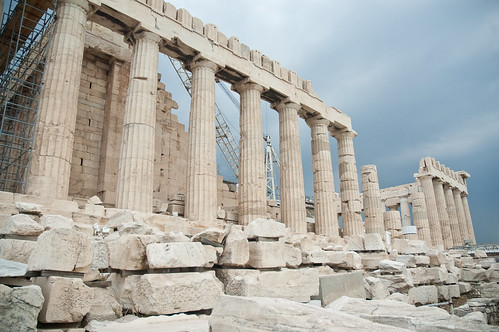 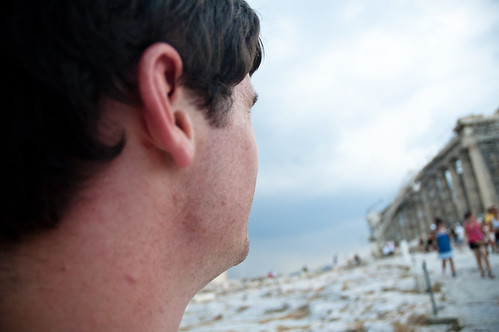 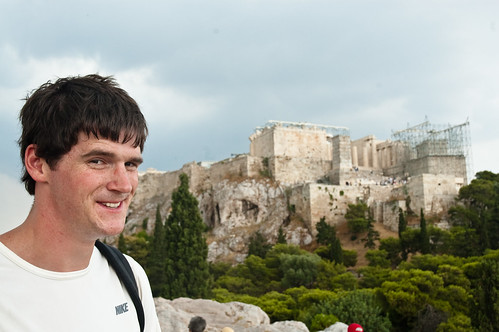 As we were leaving the Parthenon, the drops started to fall. By time we made it down the small ridge the Parthenon was on, it was pouring down rain. We made a mad dash for the hostel were we grabbed our bags. Already running late, we hailed a cab (the second in as many days) and raced to the bus terminal. We made it with, I swear, only five minutes before the bus left. But we were on, and that’s what mattered at this point…even if we were soaking wet.

The bus ride, like all the bus rides before it, was uneventful. 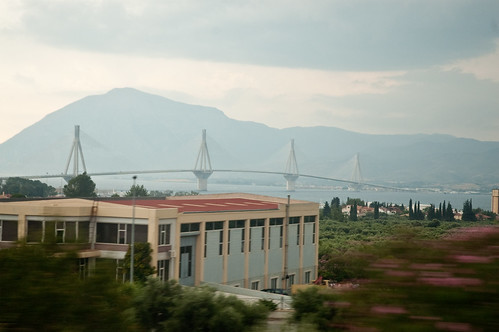 We got to the bus terminal and ran to the ferry terminal, which sucked because we had to go all the way to the ticket counter on the far side of the terminal before going back to ferry. By time we got to the ferry, they had already started to pull up the car ramp…so we just barely made it.

We made our way to the foyer and sat down. It wasn’t long before I was scouting out a place for out “instant upgrade.” The place I selected was the airplane-style seats. It seemed to more or less be a free for all, and there were plenty of extra seats. I would suspect that less than half the people actually had tickets for the airplane-style seats. We managed to snag a couple and settled in for our night ride to Bari, Italy.

Around midnight, there was a commotion that aroused me from my sleep. We were being kicked out. We had just pulled out of port in Igoumenitsa and someone actually had a ticket for our seats! What luck!

We tried finding a place to sleep somewhere else, first in the foyer (no place to lie down), and then in the dining area. However, some official actually kicked us (a bunch of people actually) out because the area was for people who were eating. Problem was, the restaurant wasn’t open. I guess he didn’t care.

So it was back to the foyer. However, I was determined to get back to our plush aircraft-style seats. After waiting a bit, I made by way back in to the cabin and scouted our another spot. I found a guy sitting with two bags taking up two extra seats. I asked if he was using them, to which he prompt got up and left. So I took them. And all was good with the world again.

Happy Forth of July!