Sleeping on the bus was proving to be hit and miss. I was definitely feeling much better than I was on the train, but the bumpy Russian roads were doing me no favors. I think I managed to fall asleep for about an hour before we arrived at Russian Passport Control. My final hurdle.

We got off the bus, gathering up all of our belongings and got in line to go through Passport Control. It wasn’t anything special, I just showed the lady my Russian Visa and Entry/Exit card. She typed stuff in, scanned my passport and visa, stamped my visa, and off I went. No questions, no searching, no fuss.

While we were passing through Passport Control, the bus was getting a thorough looking over by the Russian military. Everything checked out though and were were shortly on our way. We had a short trip through what I will call the DMZ before arriving at the Estonian Passport Control.

The Estonia Passport Control was much easier than the Russian. For one, we got to sit on the bus the entire time while military officer collected all of our passports. For another, there was a cute looking Estonian medic out my window. I’m just sorry I didn’t get her number.

Getting in to Estonia went without a hitch, for me at least. There were a couple of Chinese (I think) girls up front who had some issues and were escorted off the bus. Everything (apparently) got worked out as they were allowed back on a short time later. There was also a gentleman who had something from his suitcase confiscated, I think it may have been a sausage.

The rest of the ride was really smooth, much smoother than the Russian roads, and I ended up sleeping for most of the way into Tallinn.

Once I arrived at the bus station, I decided to take a taxi to my hostel — seeing as it was 6:30am, I wasn’t feeling in a position to navigate the bus system.

I got to my hostel, checked in and then crashed on the couch (again) as the bed wasn’t ready yet (again).

After I woke up from my nap, I dropped of my luggage and then was off to explore Tallinn. First though, I had to take care of my foot that was killing me and had developed quite a nasty blister whose fluid was turning a nice tinge of yellow. With my toe all bandaged up, I grabbed a huge pancake at Kompressor. 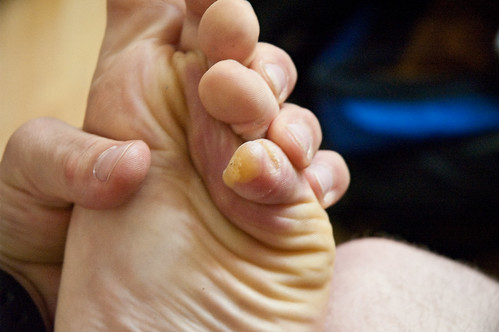 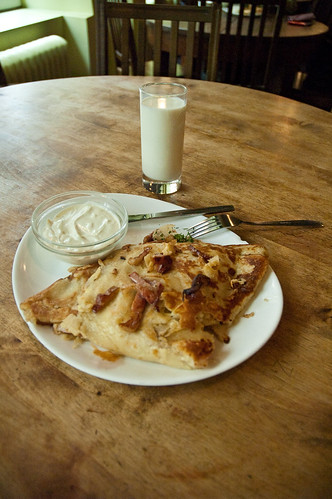 A friend from work, T., is coming into town tomorrow, so I though it would be prudent to find out where to meet him and his wife. I found the location with ease and then wondered around a bit more. 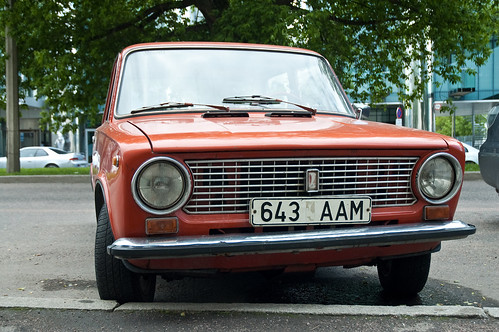 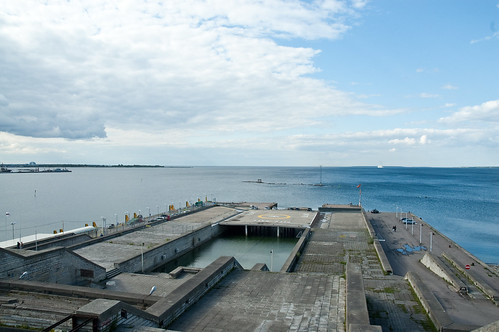 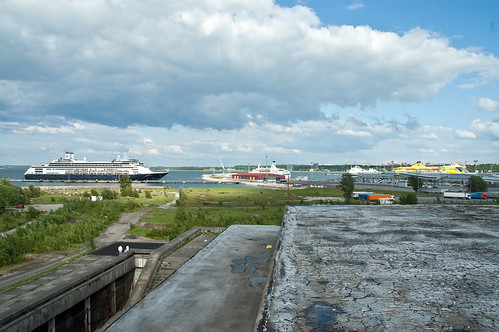 For dinner, I went to the Hell Hunt pub, which is just around the corner from the hostel. At the end of the meal, a couple girls sitting behind me began flicking pieces of paper at me in an, what I’m going to call juvenile, attempt to get my attention.

Olga and Anna were two sisters, separated by about 11 years. Despite the fact that they were both born in Estonia, they both had Russian passports (Anna, the youngest, was born only a couple years after Estonia gained its independence). We had a nice chat about what I was doing and what my thoughts were on various topics1.

We got into a conversation about English, including what the word “fuck” actually means23

It was pushing 11:30pm and I had to wake up early. As best I could, I politely excused myself and headed home.