I ended up going to the Hermitage today. That makes sounds like I was talked into going or something, which I wasn’t. But I wasn’t exactly set on going if no one else was. Evan and Jared were going, so I went with them. 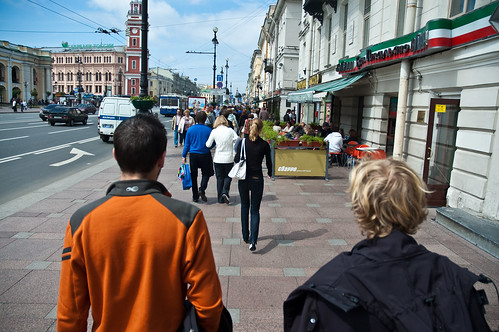 In general, I’m not what you would call an art museum person. And I generally tend to steer away from them unless the museum is of utmost importance. But my friend Staples said that the Hermitage was pretty cool and worth seeing. And he was right. It also helped that I was able to finagle my way in for free as a student (I actually didn’t have my student ID card, but they accepted my drivers license instead…probably not realizing what it was).

Word of warning about the Hermitage. Do not, under any circumstances, underestimate its size. It’s freaking huge! I did not realize this before going in.

Anyway, it way huge. Pretty cool. Definitely worth seeing, even if you have too pay. You name the artist, and they are probably there: Picaso, Rembrandt, Monet and Manet. This list goes on. There’s also a neat collection of Egyptian artifacts that’s worth finding.

I picked up some postcards and wrote a couple notes to people back home1. 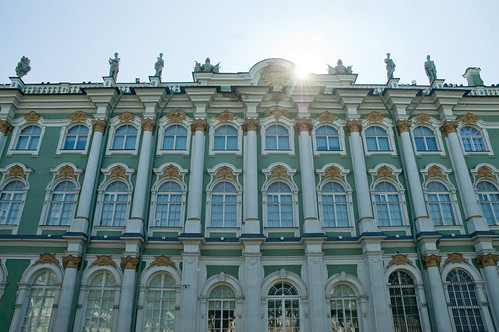 We headed back to the hostel, walking half the way and riding the metro the other half. I made a quick stop at the grocery store for some essentials (eggs, bread, yogurt, beer), then on to an evening of relaxation and making plans for the next few days.