Sleeping on the train was one of those worthless endeavors that I still attempted anyway. It wasn’t because the train was bumpy or loud; on the contrary, it was smooth and quiet. I really blame the short length of the bunk (my feet easily hung off, and I’m no Michael Jordan) and the fact that I was sick, which made sleeping in general uncomfortable.

Thus, sleeping for the night consisted of me rolling into and out of consciousness.

We arrived in St. Petersburg pretty much right on time, and I made my way to the metro. The St. Petersburg Metro is exactly like the Moscow Metro, except deeper (the deepest in the world by average depth of all stations, according to Wikipedia) and they also use a coin token system instead of the RFID system that Moscow uses. The stations are also less conveniently located. 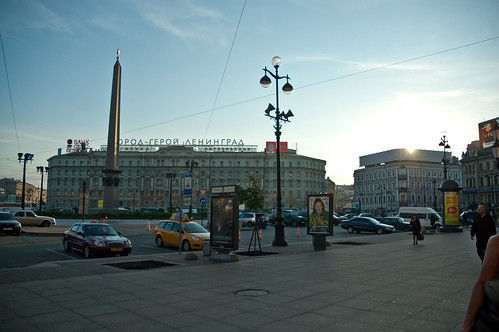 I took the metro for one stop and popped off. Finding the Crazy Duck hostel was pretty easy, especially considering my state of sleep deprivation. I checked in, chatted with a couple of friends back in the States, and then promptly crashed on the couch until a bed was ready.

Around noon, Evan, Jared, and Max showed up and we all checked in and got beds.

Shortly thereafter, Greg and Mike, two brothers from the Seattle area invited me to come with them and Kennon from California and Gianni (pronounced Jonny) from Italy (but living in Germany) to Tsarskoye Selo.

After a bit of walking and a 30 minute bus ride to the outskirts of town, we arrived. Tsarskoye Selo is a former Russian residence of the imperial family and visiting nobility1 and houses, among other things, the Catherine Palace and Park, home of the Amber Room. 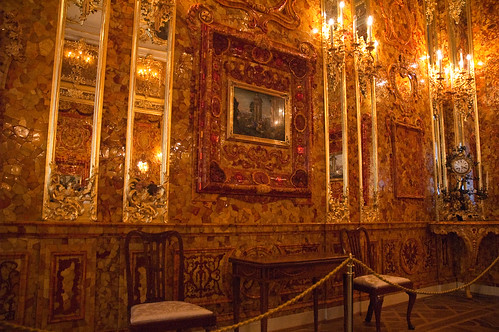 The line to get in was over an hour long. Fortunately, there was also the park to explore. Greg and Gianni held our place in line while Mike, Kennon, and I went to explore the gardens. The entire grounds, garden and palace, is very western looking; often times I would completely forget that I was still in Russia! 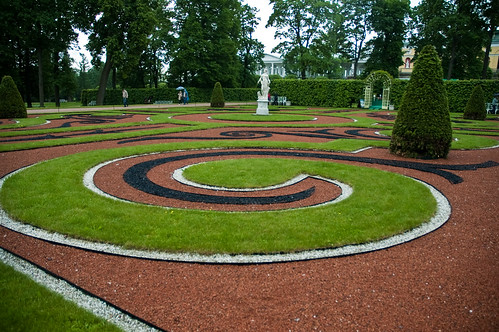 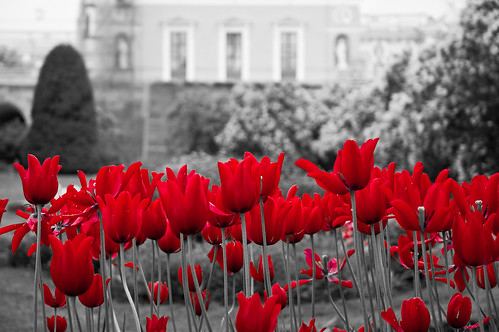 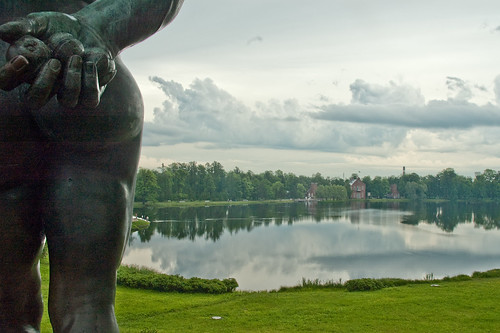 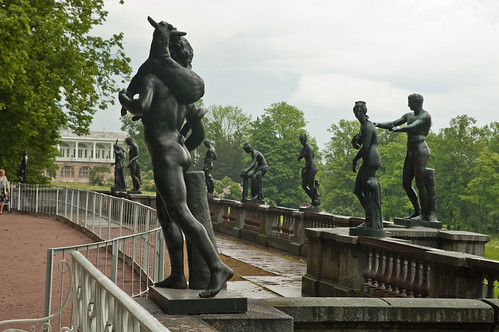 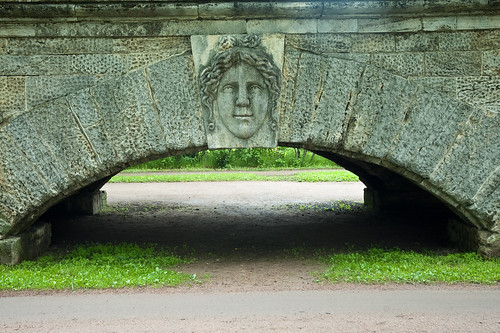 Then we switched. And it started to rain. And then pour. 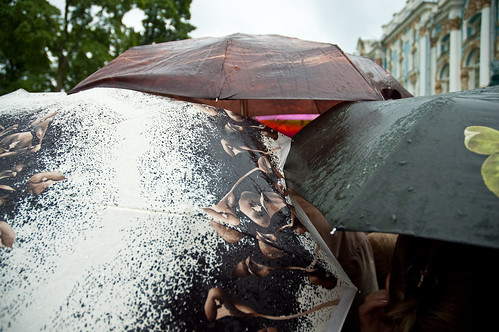 The entire palace is magnificent really, the Amber Room particularly so, although I was pretty fond of the front stair case with it’s stark white walls contrasted by red curtains and blue-faced clock and barometer. 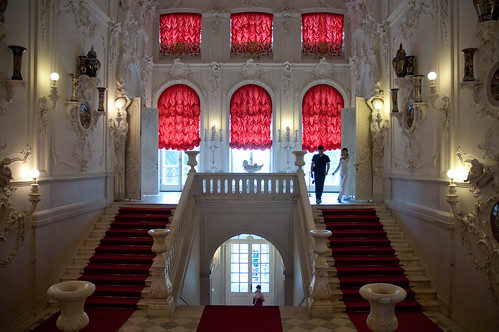 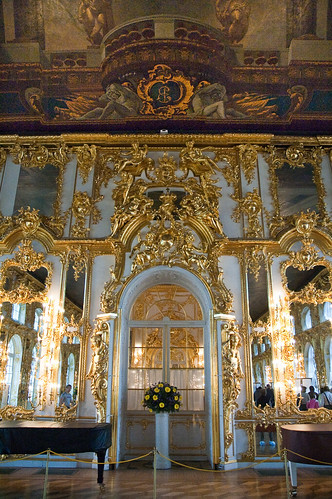 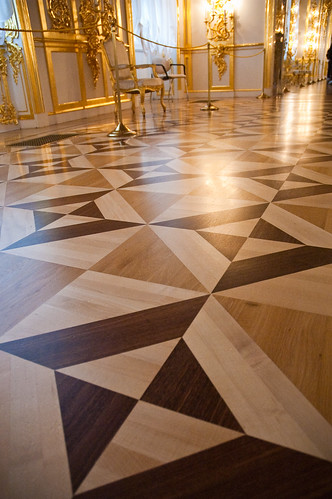 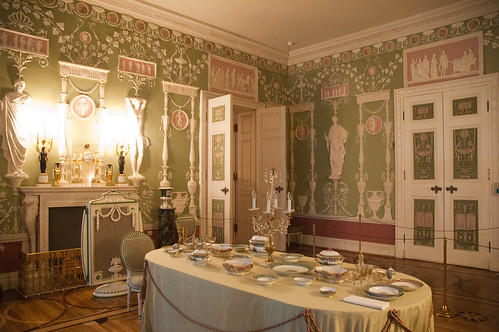 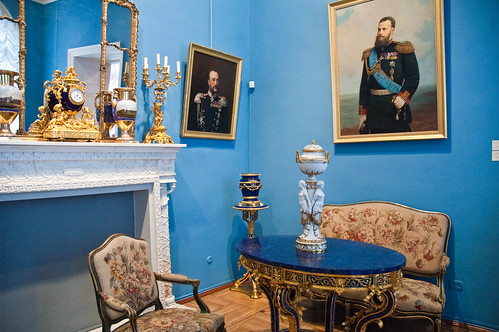 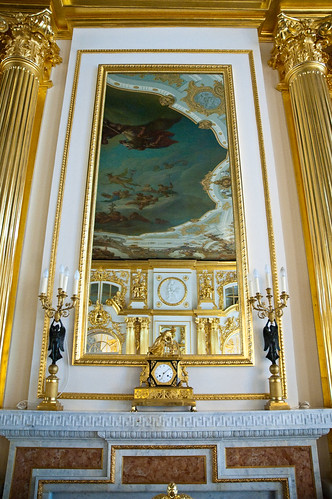 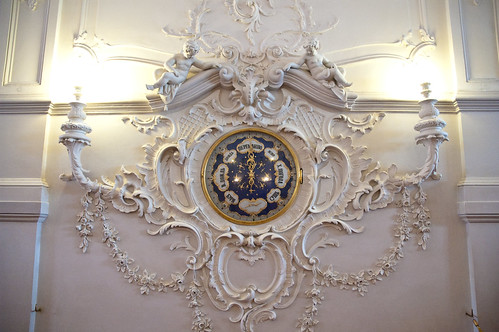 It was still raining by time we left. We made a quick dash for the bus stop and then rode back in to town. This would, fortunately, be my only real experience on the roads of Russia (save my overnight bus trip). Traffic, even in St. Petersburg, is pretty horrendous and drivers take on an every-man-for-himself approach. Not terribly bad, just moderately concerning.

On the way back to the hostel, we decided it would be a good idea to get something to eat. Armenian was the choice and I sat down to a feast of cold-seasoned beans, a bread boat with egg and cheese, and beef medallions with a beer.