Having gone to the Central Armed Forces Museum yesterday, my plan for today was to go the Cosmonaut Museum.

I headed out on the metro with Eric and Casper. We made our way to the Cosmonaut Museum, taking pictures along the way. 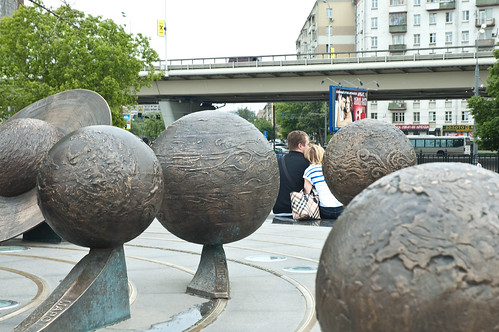 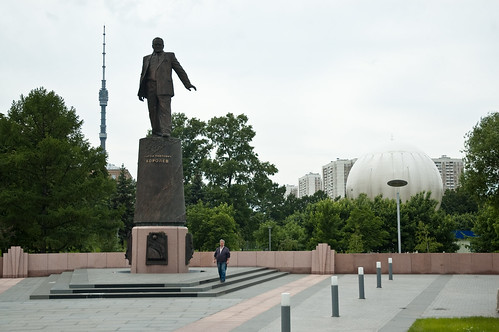 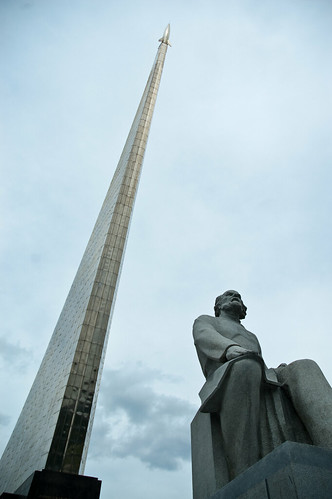 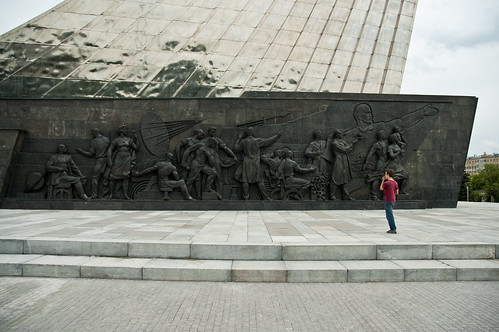 We got to the entrance and… 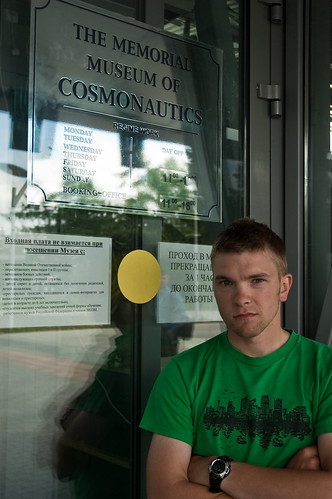 …it was closed. On Tuesdays (which I knew) and Mondays (which I did not know). I was definitely disappointed, and it showed.

We decided to make lemonade out of our lemons. There was a giant ferris wheel a bit north that we went to investigate. It turned out to be the All-Russian Exhibition Centre. We walked around for a while before heading back. 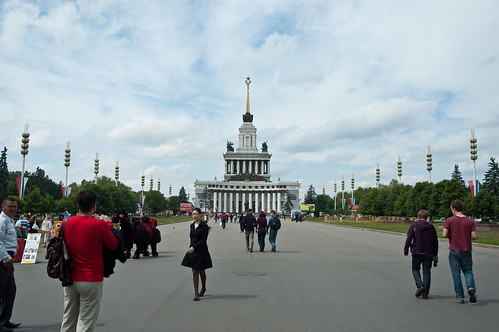 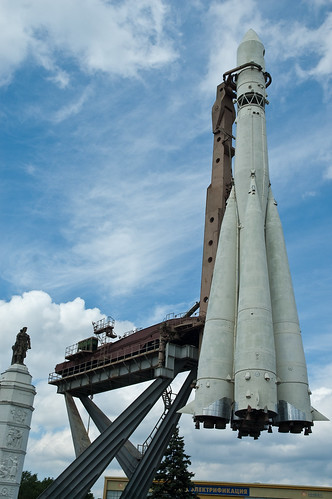 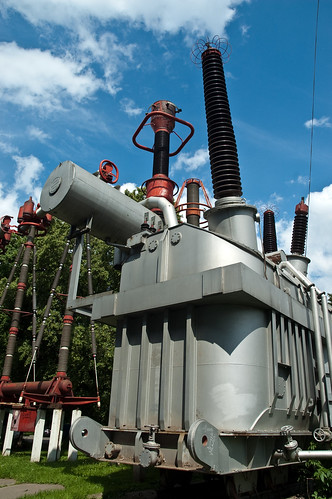 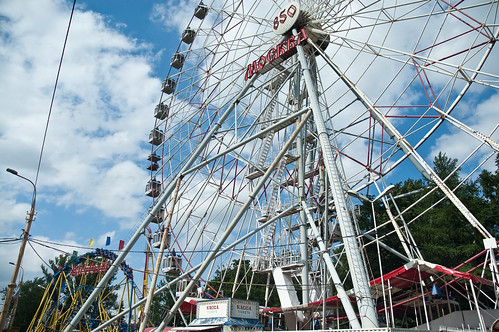 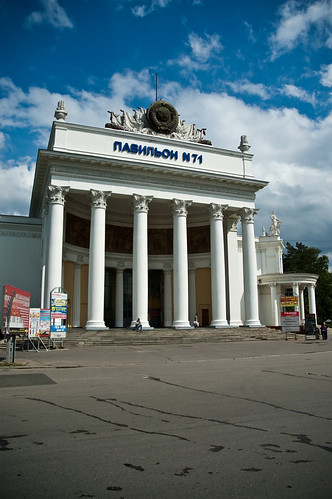 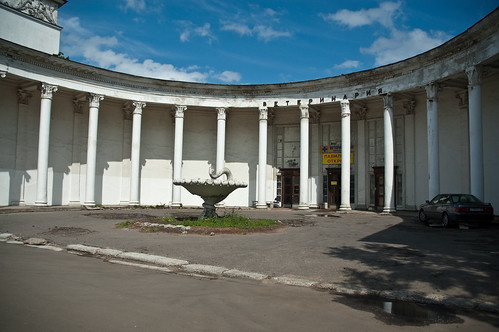 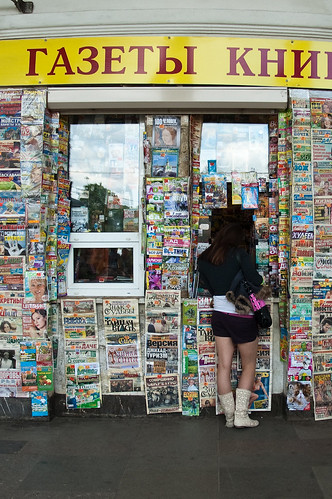 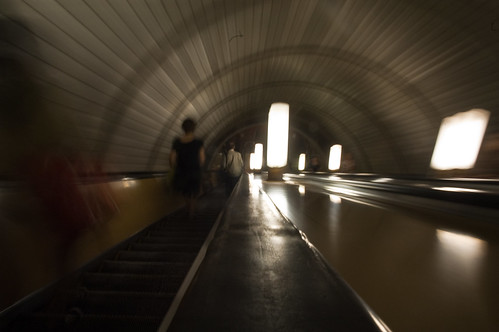 When I got back, I asked Daniel, the guy who runs the hostel to write me a note so I could get my train ticket for St. Petersburg. I went down to the train station with Jared (who was trying to get a ticket for Evan and himself) and, boy, let me tell you something about getting train tickets in Russia.

If you don’t know any Russian, it may take you forever.

We went to three different train stations, stood in several lines, and I finally managed to get my tickets after over three hours of figuring the system out.

The first station we went to was for what I (believe) to be a regional train; the next city and such, perhaps less than an hour away. We stood in line and the lady pointed us in another direction. So we went outside and looked for another building that looked like a train station.

We went inside that one, and, after spending 20 minutes finding the ticket office, stood in line for another 45 minutes (at least) only to be told that, “No, this wasn’t the place to buy tickets for St. Petersburg, it’s Ð°Ð¾Ð²Ð»Ñƒ Ð¾Ð²Ð»Ñ„Ð´Ñ‰Ñƒ Ð»Ð¾Ð´Ñ„Ñˆ Leningradsky vokzal Ð°Ð¾Ð´ÑƒÑˆÐ³Ð² Ð¾ÑƒÐ´Ð»Ñ„Ñ‹”1. She did write the words, ” Leningradsky vokzal” on a piece of paper (Which I still have, just in case). I assume that this is the station we needed to go to.

So, we walked back across the street. Asking people if they knew where “Leningradsky vokzal” was. And they’d point us in a direction and we’d walk in that direction until we were confused. We finally found someone who spoke a bit of English and were able to get sufficient directions to get to the right station.

Now we just needed to figure out which tickets to get. Jared thought that we should go to the Information Booth to figure all of this out, which I thought was a good idea. So we found that and after much (and I do mean much) back and forth, Jared figured out a couple of trains he could take (he and Evan wanted to leave in a couple of hours).

I looked at the timetable to so I at least had an idea of what trains I might take. I just wanted the cheapest one that left in the evening.

So we go get back in line. And these lines move sloooooow. Slower than molasses slow. Seriously. I have no idea why it takes to freaking long to book a ticket (be it train or museum). So I wait and wait and wait.

Jared ends up heading back to the hostel because it turns out that you need a passport to book a train ticket…no idea why, you just do.

I’m about two spots from the front when this little old lady with purple dyed hair (not a really strong dye job, more of a tinting) comes over from another line and cuts right in front of me! I’m like, “Niet! Niet!” Thinking, WTF is this lady doing?! She points to the lady in front of her and says something that I can only surmise is, “I’m with her.” Which is complete BS, for the record.

I’ve been standing in lines for 3 hours and really don’t want to get kicked out of train station for arguing with a little old lady, so I’m like, “Whatever”…which translates to rolling eyes with a disappointed face.

Our line isn’t moving fast anymore, and about 5 minutes later the little lady with the purple hair goes back to her original line. Problem solved.

I get to the ticket counter and slide my note and passport through the tray2 to the ticket lady. She takes a couple of seconds to read my note, then types some stuff on the computer. She turns the screen around to show me the departure, arrival, and price. It’s about 300 more rubles than I want to pay, but I’m honestly too tired to argue…not that it would do any good at this point. So I nod, “Da,” and get my ticket.

She prints it out. I look it over to make sure it looks okay and then head back on the metro.

I’m feeling a bit rushed at this point because Eric and Casper are leaving and I want to say goodbye before they take off. Fortunately, they’re running a bit late and I catch them in my terminus station buying tickets

We exchange contact information, say our goodbyes, and go on our way. Eric and Casper off on the Trans-Siberian; me to my bed.