Seven years since. I really don’t think I have anything to add that I haven’t said in previous years past.

I did come across the following picture, from a set of 21, posted on Boston’s The Big Picture blog (which is quite excellent, by the way). 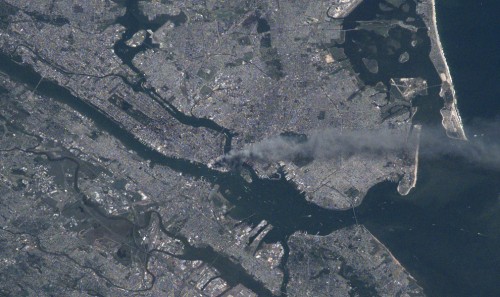 New York City, seen by one of the Expedition Three crew members onboard the International Space Station (ISS) on September 11, 2001. The image shows a smoke plume rising from the Manhattan area. The ISS was flying at an altitude of approximately 250 miles. The image was recorded with a digital still camera. (NASA)