Unlike yesterday, today was an early day. We had a 9:30 walking tour around Florence. Italy has some great treasures within it’s cities and it was neat to hear about them. 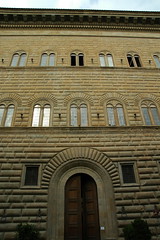 Almost all of the items we saw were the originals, which I thought was very amazing because they not only survived this long, but they are also in such great shape. 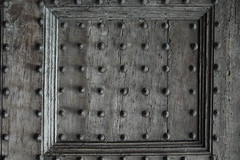 We finished up at the Accademia Gallery where we saw The David. 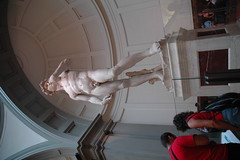 It really is an amazing piece of work and I would have gotten a better picture if taking pictures were allowed (which they aren’t).

Afterwords, I took off to the Museo di Storia del Scienza, or simply the Science Museum. Unlike the Science Museum in London, this one was not free. However, they had some amazing artifacts on display, including the middle finger of Galileo.

The two floors of the museum covered most of the scientific revolution of the 17th century. From devices to calculate the position of planetary bodies to telescopes to see the actual bodies. Microscopes, primitive medicine, electricity, even basic physics.

I really wish I could have taken pictures. But like the Accademia Gallery and the Uffizi, no photos or video are allowed. The museum also was not very crowded, so it would have been harder to sneak pictures with my rather large D70.

After all the walking I’ve done so far, I’m ready for a break.