Advertisement in general is different. I didn’t feel barraged with crap from companies like I do in the US. When I am assaulted by advertisements, its from someone handing me a pamphlet, which actually quite often. But it’s different because I can readily choose to ignore it.

Also, in the phone booths: advertisements for female escort services, or whatever the heck you want to call them, are everywhere. 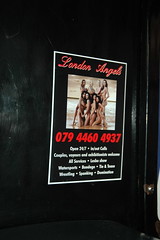 Gambling is legal. Even on the Internet. 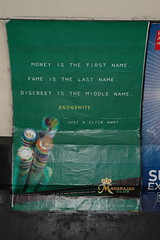 Internet Cafes are slow. At least by my standards.

Internet Cafes are also hot..which makes sense considering how many computers some of them have. It really does feel like a server room.

And they call / a stroke, instead of a slash (or a whack).