Stevie Starr was back! Stevie Starr: The Regurgitator was here last year (almost to the day) and made quite an impression. His act hasn’t changed that much, but it’s still as funny as ever. After seeing him last year, I indicated that I though Starr had some amazing control over his “pyloric sphincter, a muscular valve between his stomach and duodenum (a digestive region between the stomach and start of the small intestine), and his lower esophageal sphincter.”

UncleBoomsky left a comment about a week ago, “I am a medical professional. I am not sure but I suspect that Stevie Starr has an anatomic abnormality called a Zenker’s diverticulum. This is a pocket deep in the parynx right near the opening to the esophagus. Somehow, Steve has learned to control this and I do not believe that the things that he swallows and regurgitates ever makes it into his stomach.”

The Amherst Student Online writes, “After freaking out our host by swallowing his pocket change and ordering 40 pieces of bacon for dinner, he told me that doctors followed him around while he was being tested for the Guinness Book of World Records in order to make sure that he did not. They even followed him to the bathroom to make sure he wasn’t preparing anything while he was in there. In Japan he permitted the use of an X-ray machine so that the audience could see everything going on in his stomach. So apparently he is the real deal and would pretty much be the most interesting friend to take to a party in the entire world.”

Just to note: I have not been able to find any X-Ray pictures of Starr.

In case you haven’t had the pleasure of seeing Starr in person, The Museum of Hoaxes points to a Google Video of Stevie Starr, although I don’t think calling what Stevie Starr does a hoax is accurate.

In any event, armed with my Nikon D70, I snapped a few pictures, actually almost 200, of Starr in action. Unfortunately, I don’t have a nice flash yet, so they are a little blurry. Here are some highlights: 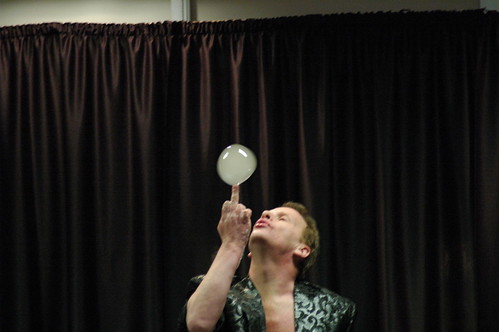 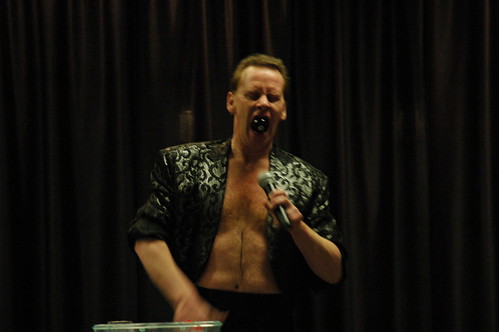 Sucking in an “8” billiards ball 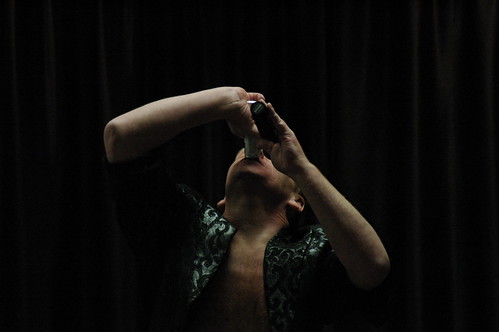 Sucking down butane (there was a joke about human combustion) 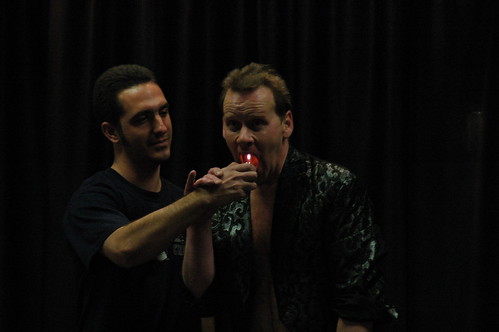 Making sure there is no butane in the mouth 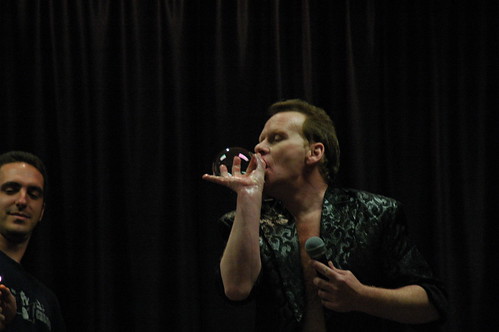 Blowing a bubble with butane gas inside 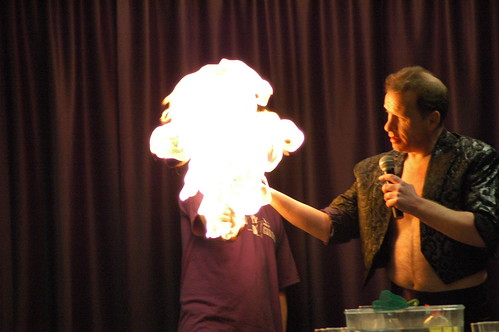 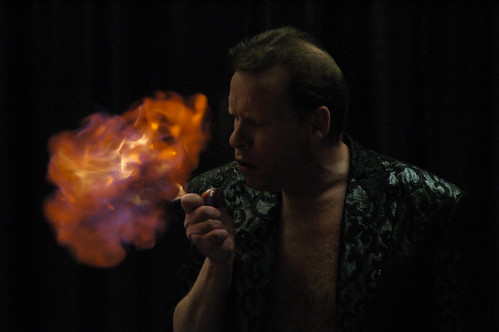 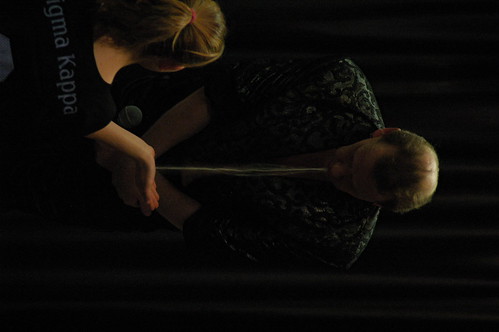 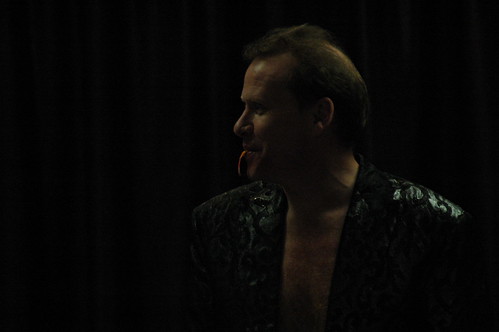 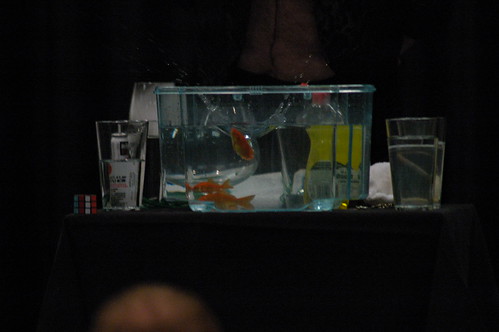 Fishy after his journey 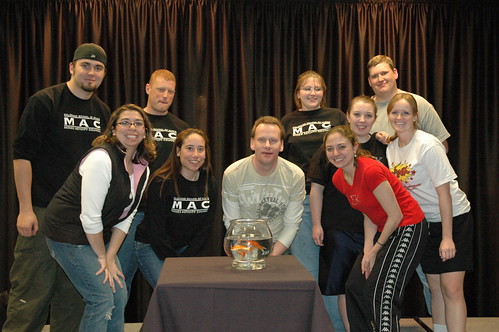 View all the photos